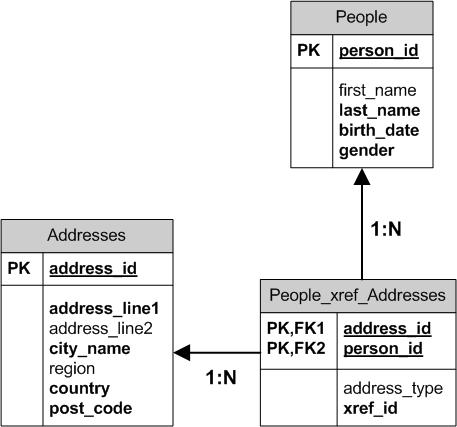 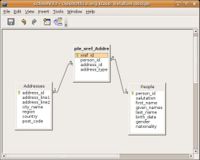 Right click on each of the new relationship lines joining the tables and set the relationship properties. Setting the update cascade is not as important as setting the delete cascade. Having the delete cascade set will ensure not data will be orphaned. Orphaning data happens when the 'parent' record is deleted leaving the 'child' record behind. In our example this would occur if you deleted an address record without deleting the corresponding _xref_ record(s).