IMPORTANT NOTE: THESE PAGES WILL NO LONGER BE UPDATED. THEY HAVE BEEN MOVED TO PRESSBOOKS AS PART OF A COLLEGE INITIATIVE TO COLLECT OER MATERIALS IN ONE PLACE FOR STUDENTS.

The study of bones is called osteology. It is necessary to have a basic understanding of the skeletal anatomy since the data used in the study of primate and human evolution is based on fossilized bones. The information presented here focuses on the human skeleton.

For the skeletal system to work properly it must have ligaments that connect the bone at the joints, muscles connected to the bones with tendons that allow for movement of the bone, and cartilage that fills the spaces between the bones, preventing them from scraping against one another.

Human infants have 270 bones, several of which fuse together during growth so that adult humans have 206 bones. The skeleton is divided into two categories: the axial skeleton and the appendicular skeleton. The axial skeleton is comprised of the vertebral column, ribs, sternum, and skull. 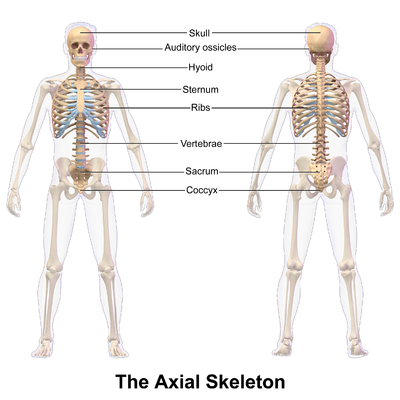 The human skull has a number of bones. These bones were seperate at birth and then fuse together as an individual ages. 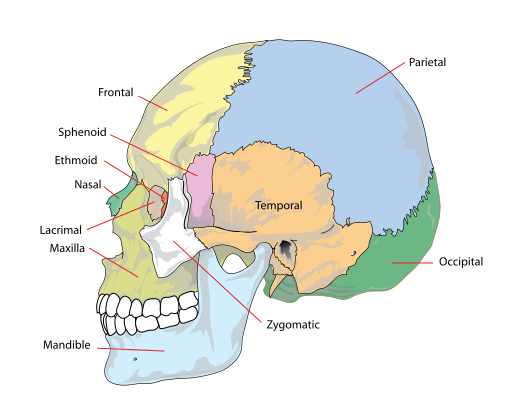 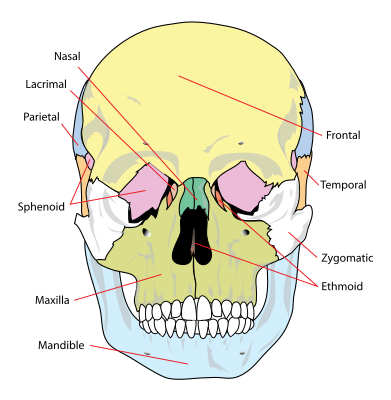 The appendicular skeleton is composed of the shoulder girdle, upper limbs, pelvic girdle, and the lower limbs. 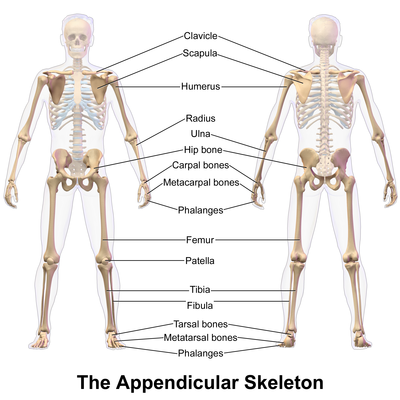 There are four types of bones based on shape.

Bones can also be classified based on their origin and texture, but for the purposes of this class you need only be familiar with the types based on shape.

You should spend some time on the website eSkeletons in order to familiarize yourself with the look of the various bones listed above in the different primates. 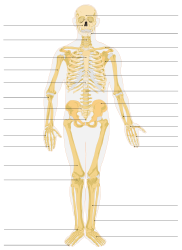