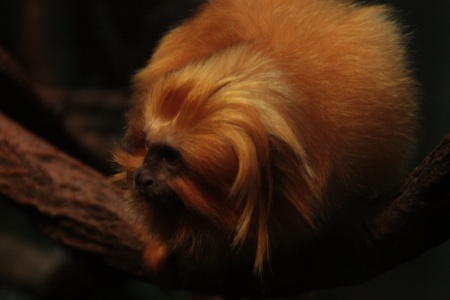 
Why is primatology in anthropology?

Anthropology is the study of humans and the human condition. Humans are primates. We belong to the taxonomic order Primates (pronounced pry may tees). This order encompasses humans as well as what we call non-human primates. Non-human primates are our closest biological and evolutionary relatives. So, we study them in anthropology in order to learn more about ourselves.

The earliest evidence of mammals is from the Mesozoic era, however, there is limited fossil evidence and the fossils that have been found are mouse-like forms with quadrupedal locomotion. Primates evolved from an ancestral mammal during the Cenozoic era and share many characteristics with other mammals. The Cenozoic is the era of the adaptive radiation of mammals with thirty different mammalian orders evolving.

Some of the general characteristics of mammals includes:

While primates share traits with other mammals, such as mammary glands and endothermy, there are a number of derived traits that all primates share. Because humans share an evolutionary history with non-human primates (we share an ancestral primate), we share certain biological and behavioral traits with them.

Primates have a flexible and generalized limb structure that's able to move readily in many directions. Compare the flexibility of the spider monkeys on the left with the horse on the right. 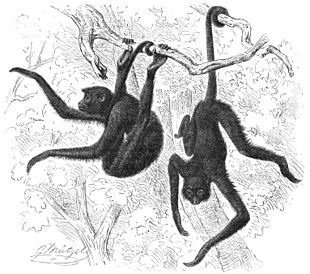 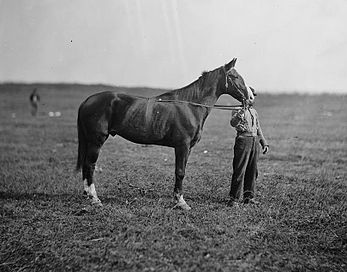 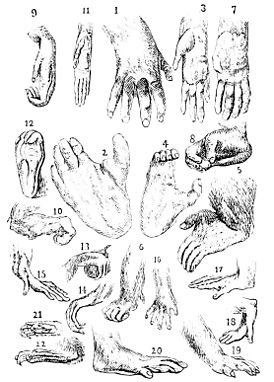 Primates have 5 digits (pentadactyly) on their hands and feet. Note that a few primates, like spider monkeys, have what are called vestigial thumbs. This means that they have either a very small or non-existent external thumb (but in that case, they will still have a small internal thumb bone).

Primates have flattened nails instead of claws.

Primates have very sensitive tactile pads on their digits with fingerprints (dermatoglyphs). Some monkeys, like woolly monkeys, have similar pads with fingerprints on the ends of their prehensile tails. Therefore, it functions just like another hand.

Check out the similarities and differences of the various primate hands in the image on the right.

Compare the teeth of the cayman (a relative of crocodiles and alligators) with the human teeth on the right. While the cayman's teeth do vary in size, they don't vary in structure. However, the human has incisors, canines, premolars, and molars -- all of which perform different food processing tasks. 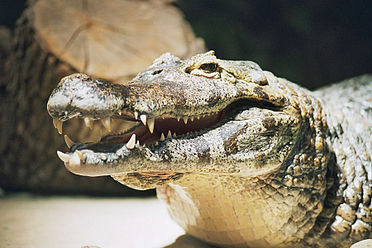 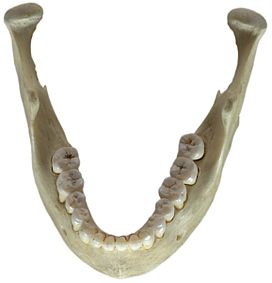 Associated with this are their smaller, flattened noses, loss of whiskers, and relatively small, hairless ears.

Also associated with this are their foward facing eyes with accompanying binocular or stereoscopic vision. This type of vision means that both eyes have nearly the same field of vision with a lot of overlap between them. It provides wonderful depth perception (but a loss of peripheral vision). 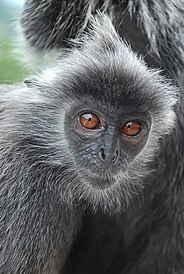 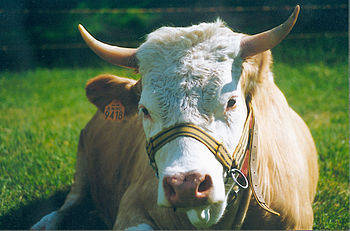 In relation to other mammals, primates have a more expanded and elaborate brain. 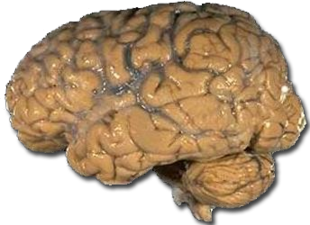 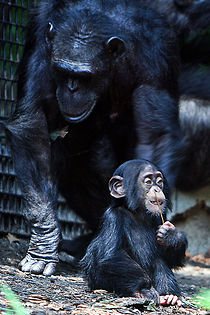 Life history refers to the pattern that an organism takes from conception to death.

When compared to other mammals, primates have :

The behavioral traits we share with other primates include: 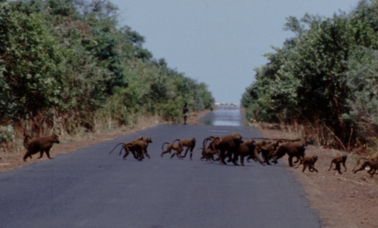 Next: Taxonomy of the Living Primates