What is Biological Anthropology?

In order to answer this question, we first have to look at anthropology as a whole. So, just for a moment, let's start with the more general question, "What is anthropology?" 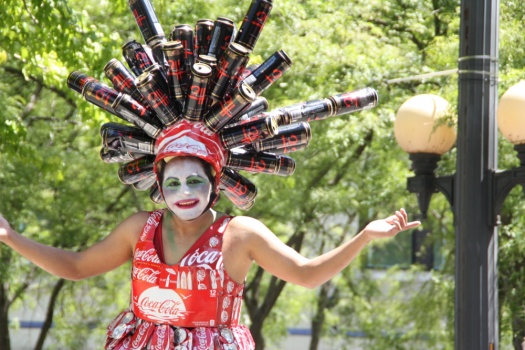 Anthropology is the scientific study of humankind.

The main purpose of anthropology is for us to understand human biological and cultural diversity, and the origins of humans. So, the humans that anthropologists study can be modern or ancient, and can span across the globe. Anthropologists are unique in that they study the entirety of human existence over time and space.

Holism means that a part of something can only truly be understood if examined within relation to the whole of it. For anthropologists, this means that they try to understand humankind through the interrelationships of all aspects of human existence -- for example, human biology has to be examined within the context of human cultures and vice versa. In addition, all of this must be examined within the context of the environment and historical processes. In an effort to be holistic, anthropology is often an interdisciplinary field that crosses over into other fields such as history, geology, and ecology.

Relativism means that judgments, truths, or moral values have no absolutes, and can only be understood relative to the situation or individuals involved. For anthropologists, this means that they accept that all cultures are of equal value and must be studied from a neutral point of view. A good anthropologist must disregard their own beliefs, morals, and judgments when examining another culture. They must, instead, examine each culture within the context of its own beliefs.

Universalism means that whatever the theoretical principle is, it's equally applicable to all. For anthropologists, universalism means that we believe all humans are equal -- in intelligence, complexity, etc.This is in contrast to ethnocentrism, which is the belief that some peoples are more important or culturally/biologically better than other peoples.

All humans have culture. Culture is the set of learned behaviors and knowledge that belong to a certain set of people. This is different from genetically hardwired behaviors (such as reflexes) in that they aren't biologically inherited. The most important thing to remember is that culture is learned.

Sociocultural anthropologists examine social patterns and practices across cultures, with a special interest in how people live in particular places and how they organize, govern, and create meaning. A hallmark of sociocultural anthropology is its concern with similarities and differences, both within and among societies, and its attention to race, sexuality, class, gender, and nationality. Research in sociocultural anthropology is distinguished by its emphasis on participant observation, which involves placing oneself in the research context for extended periods of time to gain a first-hand sense of how local knowledge is put to work in grappling with practical problems of everyday life and with basic philosophical problems of knowledge, truth, power, and justice. Topics of concern to sociocultural anthropologists include such areas as health, work, ecology and environment, education, agriculture and development, and social change.

Biological anthropologists seek to understand how humans adapt to diverse environments, how biological and cultural processes work together to shape growth, development and behavior, and what causes disease and early death. In addition, they are interested in human biological origins, evolution and variation. They give primary attention to investigating questions having to do with evolutionary theory, our place in nature, adaptation and human biological variation. To understand these processes, biological anthropologists study other primates (primatology), the fossil record (paleoanthropology), prehistoric people (bioarchaeology), and the biology (e.g., health, cognition, hormones, growth and development) and genetics of living populations.

Archaeologists study past peoples and cultures, from the deepest prehistory to the recent past, through the analysis of material remains, ranging from artifacts and evidence of past environments to architecture and landscapes. Material evidence, such as pottery, stone tools, animal bone, and remains of structures, is examined within the context of theoretical paradigms, to address such topics as the formation of social groupings, ideologies, subsistence patterns, and interaction with the environment. Like other areas of anthropology, archaeology is a comparative discipline; it assumes basic human continuities over time and place, but also recognizes that every society is the product of its own particular history and that within every society there are commonalities as well as variation.

Linguistic anthropology is the comparative study of ways in which language reflects and influences social life. It explores the many ways in which language practices define patterns of communication, formulate categories of social identity and group membership, organize large-scale cultural beliefs and ideologies, and, in conjunction with other forms of meaning-making, equip people with common cultural representations of their natural and social worlds. Linguistic anthropology shares with anthropology in general a concern to understand power, inequality, and social change, particularly as these are constructed and represented through language and discourse.

(From: American Anthropological Association. 2015. What is Anthropology? <http://www.aaanet.org/about/WhatisAnthropology.cfm>. Accessed 2015 May 7.)

What is Biological Anthropology? 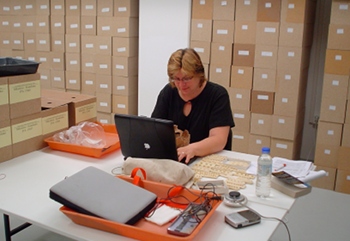 These are the topics we'll be studying in this course. Each unit follows each of the 3 major categories found in biological anthropology.

Unit 1: In this unit, you'll learn the basic toolkit you'll need (evolutionary theory) in order to understand the rest of the course. This unit also covers human biology.