Welcome to the BCcampus case study. BCcampus is an open education pioneer and the OER Foundation is proud to profile this international leader from British Columbia, Canada as a Featured Institution of the Foundation. The BCcampus model is unique in many respects, most notably the funding model adopted by the Province to support innovation and collaboration using OER approaches. The BCcampus model is certainly worth further investigation for possible replication around the world in building sustainable OER ecosystems. OER is a non-rivalrous product. The more national governments and funding agencies who invest in national and provincial open education education initiatives, the more sustainable education will become on a global scale.

We invite visitors to explore the BCcampus model in this interview. We suggest that you start with the short video introduction before delving deeper into the finer detail of the BCcampus approach. Working together we can build sustainable OER futures.

Overview of the BCcampus case study

The OER Foundation interviews BCcampus on signing up as a founding member. In this interview, we learn more about OER in British Columbia and the ground-breaking work of BCcampus. The interview is structured according to the following themes:

BCcampus is not a post-secondary institution but rather an online learning and educational technology service agency established and funded entirely by the Ministry of Advanced Education and Labour Market Development.

With our partners, we identify, acquire, develop and implement innovative technologies and services that facilitate system-wide connection points for student services and provide collaborative educational models for faculty and instructors. It's worth noting that our model is not just based on shared infrastructure but shared services and partnerships too.

At a practical level BCcampus provides services to BC public post-secondary institutions which involve partnerships and collaboration between multiple institutions. As is the case around the world, the post-secondary institutions of BC enjoy a lot of autonomy so we've had to work hard to show the value generated by partnership and collaboration. That value is now established and has been clustered into three BCcampus service areas which roughly correspond to our strategies and goals.

Use the links to discover more about these ever-evolving services  from our BCcampus web site. 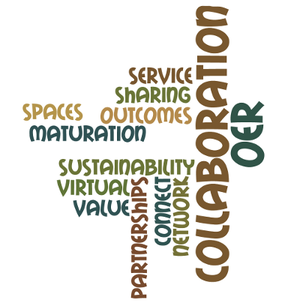 It's true that fostering collaboration can be hard work and here in BC we are following an opt-in approach rather than anything mandatory, so this approach makes our work especially challenging. Over the years we've found the following kinds of approaches work:

BCcampus has designed and implemented an Open Educational Resource initiative involving all 25 public post-secondary institutions in the province of British Columbia, Canada. The BCcampus initiative is unique in a number of ways.

Another unique aspect of the BCcampus initiative is that it is funded using public tax payer money provided through the Ministry of Advanced Education and Labour Market Development. Investment is made annually via a competitive Request For Proposal (RFP) process. As of April 2010 we've done seven annual rounds of funding bringing the total investment so far to $8.25 million dollars (CDN).

To manage both global and local sharing BCcampus has deployed a Shareable Online Learning Resources (SOL*R) repository which provides a means for searching, previewing, and downloading OER. The resources that get developed through the BCcampus OER initiative are online learning resources primarily deployed through learning management systems (LMS) such as Moodle, Desire2Learn, and Blackboard/WebCT. The online learning form factor of our OER is another unique quality.

BCcampus provides technology based services that link BC's public post-secondary institutions together as a system. Our services are specifically developed to support needs that cannot be met by any one institution on its own. 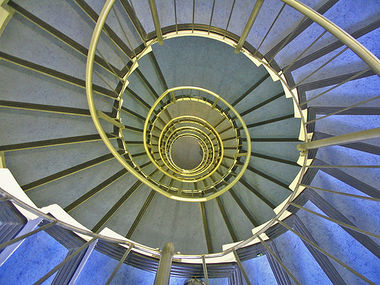 Incremental innovation
One of the goals of BCcampus is to increase the number of post-secondary online courses, programs, resources and services available to students throughout the province. The BCcampus OER initiative targets development at credit based, fully online learning courses in areas of high student demand and labour market need. It seeks to increase access to BC’s public higher education particularly for remote or rural learners and to reduce the percentage of qualified student turnaways or waitlists.

By targeting fully online resources the BCcampus OER initiative seeks to to enable student access and enrollment in courses from multiple institutions. BCcampus OER are expected to use clear and defined articulation and transfer agreements between institutions in the province. By providing OER development funding annually, development can be managed such that it gradually builds out to complete online programs leading to a credential.

The public post secondary system in British Columbia is made up of largely autonomous institutions. Part of the mandate of BCcampus is to support greater efficiency and reduce redundancy by fostering collaborations between institutions. The BCcampus OER initiative fosters and targets support at partnerships between multiple public post secondary institutions. Partner institutions each invest in the development of the OER and each use the developed resource. In addition institutions are encouraged to form business relationships with BC e-learning companies, not-for-profits, and/or professional associations for development of OER. This maximizes the use of the resource and works toward the creation of an OER ecosystem within the province.

We've been immersed in analysing data from the last seven years of the BCcampus OER initiative to convey the value for money and outcomes.

One way of expressing the outcome is to simply quantify the BCcampus OER deliverables. Through the BCcampus OER initiative 131 projects have received grants leading to development of 317 courses, 10 workshops, 18 web sites/tools and 338 course components (learning objects, labs, textbooks, manuals, videos).

That's one way of expressing outcomes.

However, this basic quantification of deliverables does not get to the deeper value for money outcomes - partnerships, credentials, sharing & reuse 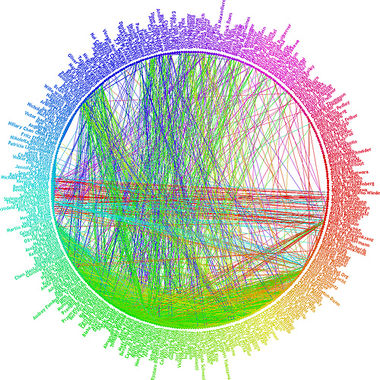 Social and institutional networking
The public post secondary system in British Columbia is made up of largely autonomous institutions. Part of the mandate of BCcampus is to foster collaborations and partnerships between institutions and others.

A goal of the BCcampus OER initiative is to increase credential opportunities available to students throughout the province by funding development of post-secondary online courses, programs, and resources. Credentials in BC's post-secondary are categorized as follows:

Credentials are developed through the BCcampus OER initiative in four ways: 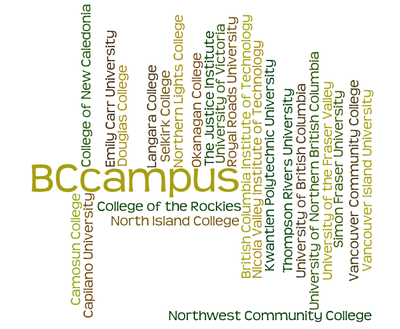 Like other OER initiatives the "open" goal of the BCcampus OER initiative is to create a source of digital materials that are openly shared and available for reuse by others.

One outcome I've been interested in tracking is, when given an option between these two licenses what license choice do developers make. I think of this as a measure of "openness". In the first two years of the BCcampus OER initiative over 90% of developers chose the BC Commons license. In the next two years 78% chose the BC Commons license. In the last three years 47% chose the BC Commons license. In 2003 when we started the BCcampus OER initiative developers let us know in no uncertain terms that they were uncomfortable with wide open sharing. This comes through loud and clear in their license choices. However, as OER become a more widely known global phenomenon and the risks many initially feared from sharing diminish developers are becoming increasingly willing, and in some cases advocates for, being globally open.

Another obvious outcome to measure is reuse. BCcampus makes the OER produced through it's initiative available in a repository that supports search, preview, and download. One way we can track reuse is to monitor whats being searched, viewed and downloaded. The software application used for the repository has limited reporting capabilities though - downloads for example are not easily tracked. But let me report out on views. From January 2008 through November 2009 634 resources in the repository were viewed. The total number of views was 1,853. We can also see which resources have been viewed the most, giving an indication of popularity or high value.

The final part of your question asks in hindsight what we might do differently. The annual nature of our OER funding has allowed us to evolve our approach each year but here are a couple of things we are working on.

The BC Commons license supports sharing among educators in the BC public post secondary sector. When we look at other OER initiatives around the world its clear that another significant user of OER are students. We'd love to open the BC Commons license up to include all students and citizens of BC. This has been difficult to implement as it requires improved identity management and authentication processes. However, starting in 2009 we have moved in this direction by implementing a BC Commons version 2.0 license which broadens out access to include students and educators in BC public post-secondary, K-12, and trades creating a shared commons license for use across all education sectors in British Columbia.

In the realm of formal OER sharing, very few of the systems deployed to share OER provide views and reuse metrics back to the content owners. We know from the blogosphere that comments and trackbacks encourage and motivate bloggers to blog more. In the case of OER “repository” models that share content removed from its original context of use, and share it in such a way that the content can be downloaded and used in totally new contexts (instead of merely linked in place), very little is known of what becomes of downloaded resources and how often they are reused. In formal, institutionally led OER projects, this lack of data is a critical failing in providing evidence of actual benefit. It also greatly undercuts individual motivations to share. With the support of an OLNet research fellowship, Scott Leslie, who manages the BCcampus OER repository initiative, has been developing an approach to address this. The basic idea of this work is to embed a tracking code in OER resources that provide data back to the OER creator on where and how it is being used.

For the 2010 Open Education Conference Paul Stacey from BCcampus, who has overall responsibility for the BCcampus OER initiative, is presenting a paper that compares Foundation funded OER initiatives with publicly funded ones like ours at BCcampus. This will be fully published and presented in Nov 2010 but essentially it will present a case for how the BCcampus approach can be replicated and scaled up. To support this it will reveal how publicly funded OER initiatives differ from Foundation funded ones and will make recommendations on what others who want to implement an OER initiative similar to that of BCcampus should consider as a strategy. Without giving away the entire findings associated with this work here are some of the key points.


With the extensive talk about the sustainability of OER its clear that Foundation funding cannot be depended on for ongoing operations of OER initiatives. One strategy for sustaining OER developments as they transition from early innovation to mainstream is for government and tax-payer public funding to take over from the early stage funding Foundations have provided. Those who are creating publicly funded OER or who are trying to position their OER initiative for public funding should consider the following strategies and tactics:

The OERF provides a forum for thought leadership, strategy development, sharing of best practices, and creation of linkages between OER around the world.

For more information about BCcampus' OER initiative contact Paul at: