THE JOURNEY OF BOTSWANA PREMIER LEAGUE 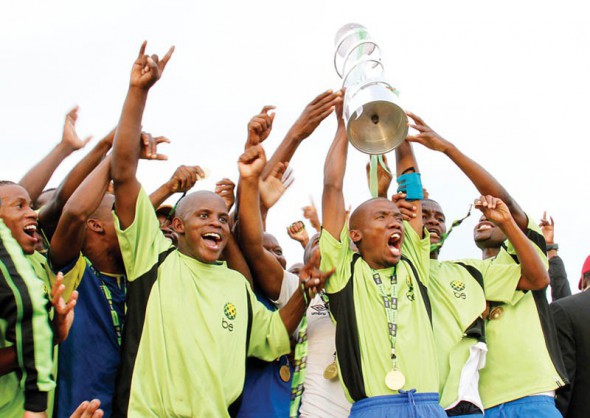 The Botswana Premier League is the highest division in football in Botswana. The league has existed since 1966. The league has always been dominated by the teams that are based on south of Dibete or at the southern part of the country until the 2006/2007 season, when Ecco City made history by becoming the first team from the north to lift the lucrative competition. The league is sponsored by a mobile phone operator BeMobile to the tune of 24 million pula. After the ABSA premiership in South Africa, the Be Mobile is the second highest sponsored league in the COSAFA region. The league has continued to grow in leaps and bounds as shown by the increasing number of foreign players in the Botswana Premier League. Some top players from mainly Zimbabwe like Anold Chaka, Master Masitara, Elvis Meleka, Mandla Sibanda, Sageby Sandaka and Tendai Ndoro have ditched the Zimbabwean PSL for the Botswana Premier League in recent years. Today the league is sponsored by Be Mobile network provider and it consists of 16 teams. Among this teams is Township Rollers, Botswana Defence Force (BDF XI), Mochudi Center Chiefs, Gaborone United, Police XI, Motlakase, FC Satmos, Nicco United, Ecco City Greens, Botswana Meat Commission (BMC), Miscellaneous, Extension Gunners, Orapa United, Notwane, Unia Flamingo Santos and TAFIC

Botswana Premier League has suspended four officials from all football activities pending disciplinary hearings after they were each charged with single count of misconduct. They are Police XI head coach Sthando Mogwadi and assistant coach Maitumelo Letlamoreng, as well as Motlakase Power Dynamos’ Grembo Kealotswe and Motlamedi Gagomokgwa. A statement from Botswana Premier League revealed that the four were suspended on Wednesday after being cited for improper conduct by match officials’ report. Concerning Mogwadi and Letlamoreng’s suspensions, Mamelodi’s statement said; “they have been clearly implicated by match officials report in our possession on allegation of threat of violence and use of abusive language contrary to article 14.4 as read with 24.4 and 24.5 of the Botswana Football Association play rules and regulations in relation to incidents that occurred after the BeMobile Premier League second round match between PoliceXI and Mochudi Centre Chiefs played at Molepolole Sports Complex. Kelaotswe and Gagomokgwa were also implicated in allegations of the same offence by match officials’ reports during a match between Motlakase Power Dynamos and Township Rollers. Each of the four officials has been charged with one count of misconduct and will appear before Botswana Premeir League Disciplinary Committee on Thursday. 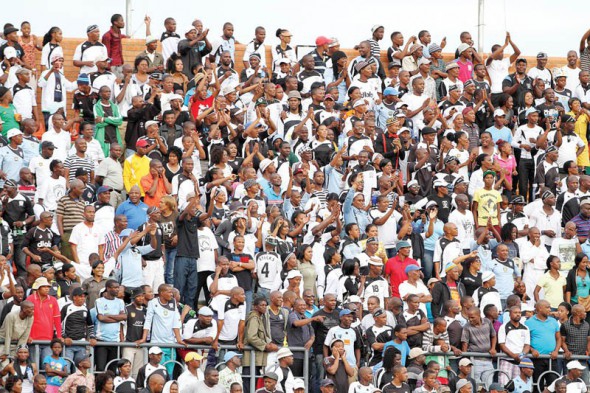 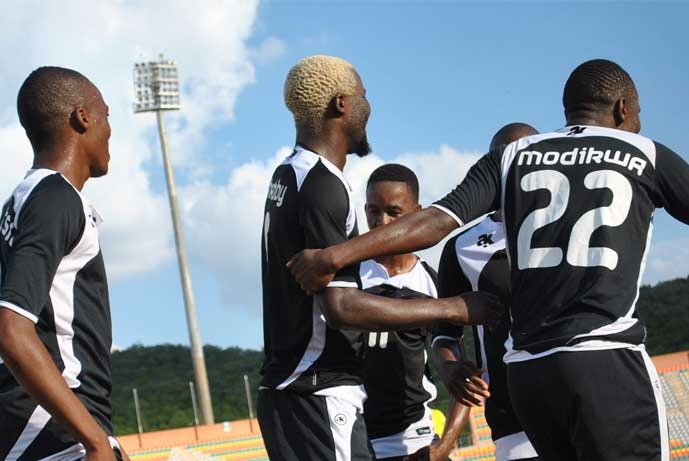 The chief Prosecutor of Botswana Premier League charged Extension Gunners Football Club with one count of misconduct relating to violent conduct of Extension Gunners identifiable, alternatively unidentifiable supporters contrary to Regulation 24.6 as read with Regulation 12 of the Botswana Football Association Play Rules and Regulations and article Regulation 51 of the FIFA Disciplinary Code. This came after an incident that occurred at the new Lobatse Stadium last weekend when Extension Gunners supporters attacked supporters of Gaborone United. From these attacks about 8 people were injured and two of them sustained with bad injuries and were rushed to Athlone Hospital and were discharged the same day. The above matter has been set down for Tuesday 22 April 2014 at 1730. The prosecution intends calling seven witnesses.

Botswana Football Association has parted with national team coach Stanely Tshosane in regard of poor performance. According to information from BFA communication manager Phakamile Kraai, “the coach was set certain deliverables in respect of the world cup qualifiers, COSAFA cup and the CHAN competition which were not achieved therefore after much consideration the National Executive Committee made the decision that a new direction was needed”. It has been a roller coast ride for Stan who took over the reins from Colwyn Rowe. His appointment was equally received with different feelings although he was at one point a caretaker coach before Jelusic Vaseline’s appointment. At the time he was coaching BDF XI which had a poor performance in the league and had to survive the relagation axe via play offs. However, he quickly silenced his critics as he took the Zebras to their maiden AFCON appearance in 2012 trouncing football power houses such as Tunisia and Togo. It was during the AFCON games that the ship started to sink where the Zebras lost 0-1 to Ghana in the opening game, but trouble followed their 0-6 humiliation at the hands of Guinea and dissenting voices which have been quiet for all along then started talking. During the COSAFA Cup, Zebras had a poor ran failing to register a single victory over Swaziland and Lesotho and this irked almost everyone. Despite the extension of his contract to 2015, Tebogo Sebego and his committee found it fit to part with Tshosane and he was shown the door.

There are no threads on this page yet.
Retrieved from "https://wikieducator.org/index.php?title=User_talk:Masego_Ramooki&oldid=925508"