who designed this batshit editing system. Right. Three quotes. That's intuitive. About me. 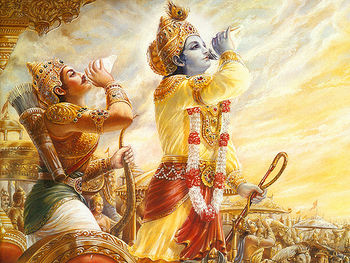 This picture is not me, but it's the only damn thing anybody knows from the poem.

I am the son of Kunti and Dharma. While the eldest of five brothers, collectively known as the Pandavas, I have another older brother named Karna. But he doesn't get included because we didn't know about him until after he was killed. Education was in the Vedas and military education, and achievements include winning the war of Kurukshetra and righteously governing the kingdom. Chief interest, generally frustrated, is retiring to the woods for a religious life.