From WikiEducator
< User:Vijayshri2‎ | My sandbox
Jump to: navigation, search

Look at the world around you. Everything in this world is moving. You could say that the road does not move or the table in your room is at rest. But even these objects are moving because the earth is moving!

Would you like to make a list of all things in motion around you? Do so. Your list would have, for example, racing bicycles, moving buses and trains, flying birds and aeroplanes, rockets in space, falling leaves, flowing rivers, waves in the ocean, the earth, the sun, moon, the stars, and so on. What other things have you included in your list?

An object is in motion WITH RESPECT TO AN OBSERVER if it occupies DIFFERENT POSITIONS AT DIFFERENT POINTS OF TIME as measured by that observer.

Can you say, which of the objects in the following picture might be moving and which ones would be at rest? 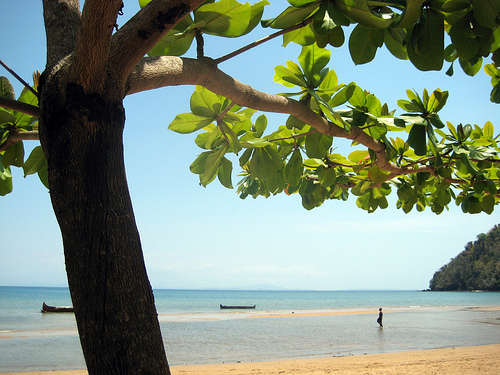 Motion in a straight line

We shall now learn how to describe motion in a straight line. For this, we need to define the concepts of displacement, velocity and acceleration. These are given in a pdf file. Please click on the following link to get to the file.

Describing motion in a straight line