The largest wiki training program in the world 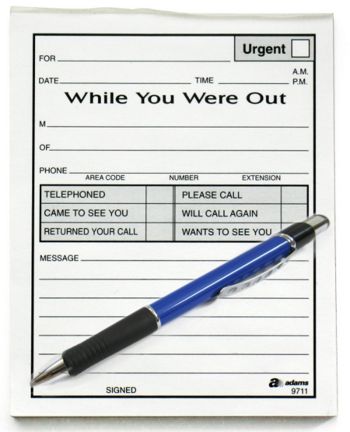 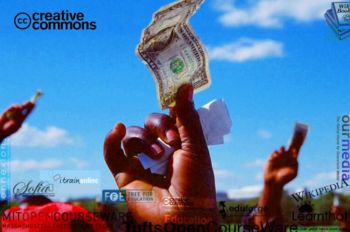 File:Http://b.imagehost.org/0856/Alice-in-Wonderland-Alice-dancing-with-Mock-Turtle-and-Gryphon.jpg
Then the Queen left off, quite out of breath, and said to Alice, 'Have you seen the Mock Turtle yet?'

'It's the thing Mock Turtle Soup is made from,' said the Queen.

'I never saw one, or heard of one,' said Alice.

'Come on, then,' said the Queen, 'and he shall tell you his history,'

As they walked off together, Alice heard the King say in a low voice, to the company generally, 'You are all pardoned.' 'Come, THAT'S a good thing!' she said to herself, for she had felt quite unhappy at the number of executions the Queen had ordered.

They very soon came upon a Gryphon, lying fast asleep in the sun. (IF you don't know what a Gryphon is, look at the picture.) 'Up, lazy thing!' said the Queen, 'and take this young lady to see the Mock Turtle, and to hear his history. I must go back and see after some executions I have ordered'; and she walked off, leaving Alice alone with the Gryphon. Alice did not quite like the look of the creature, but on the whole she thought it would be quite as safe to stay with it as to go after that savage Queen: so she waited.

The Gryphon sat up and rubbed its eyes: then it watched the Queen till she was out of sight: then it chuckled. 'What fun!' said the Gryphon, half to itself, half to Alice.

'What IS the fun?' said Alice.

'Why, SHE,' said the Gryphon. 'It's all her fancy, that: they never executes nobody, you know. Come on!'

'Everybody says "come on!" here,' thought Alice, as she went slowly after it: 'I never was so ordered about in all my life, never!'

They had not gone far before they saw the Mock Turtle in the distance, sitting sad and lonely on a little ledge of rock, and, as they came nearer, Alice could hear him sighing as if his heart would break. She pitied him deeply. 'What is his sorrow?' she asked the Gryphon, and the Gryphon answered, very nearly in the same words as before, 'It's all his fancy, that: he hasn't got no sorrow, you know. Come on!'

So they went up to the Mock Turtle, who looked at them with large eyes full of tears, but said nothing.

'This here young lady,' said the Gryphon, 'she wants for to know your history, she do.'

'I'll tell it her,' said the Mock Turtle in a deep, hollow tone: 'sit down, both of you, and don't speak a word till I've finished.'

So they sat down, and nobody spoke for some minutes. Alice thought to herself, 'I don't see how he can EVEN finish, if he doesn't begin.' But she waited patiently.

'Once,' said the Mock Turtle at last, with a deep sigh, 'I was a real Turtle.'

These words were followed by a very long silence, broken only by an occasional exclamation of 'Hjckrrh!' from the Gryphon, and the constant heavy sobbing of the Mock Turtle. Alice was very nearly getting up and saying, 'Thank you, sir, for your interesting story,' but she could not help thinking there MUST be more to come, so she sat still and said nothing.

'When we were little,' the Mock Turtle went on at last, more calmly, though still sobbing a little now and then, 'we went to school in the sea. The master was an old Turtle—we used to call him Tortoise—'

'Why did you call him Tortoise, if he wasn't one?' Alice asked.

'We called him Tortoise because he taught us,' said the Mock Turtle angrily: 'really you are very dull!'

'You ought to be ashamed of yourself for asking such a simple question,' added the Gryphon; and then they both sat silent and looked at poor Alice, who felt ready to sink into the earth. At last the Gryphon said to the Mock Turtle, 'Drive on, old fellow! Don't be all day about it!' and he went on in these words:

'Yes, we went to school in the sea, though you mayn't believe it—'

'You did,' said the Mock Turtle.

'Hold your tongue!' added the Gryphon, before Alice could speak again. The Mock Turtle went on.

'We had the best of educations—in fact, we went to school every day—'

'With extras?' asked the Mock Turtle a little anxiously.

'And washing?' said the Mock Turtle.

'Ah! then yours wasn't a really good school,' said the Mock Turtle in a tone of great relief. 'Now at OURS they had at the end of the bill, "French, music, AND WASHING—extra."'

'You couldn't have wanted it much,' said Alice; 'living at the bottom of the sea.'

'I couldn't afford to learn it.' said the Mock Turtle with a sigh. 'I only took the regular course.'

'What was that?' inquired Alice.

'Reeling and Writhing, of course, to begin with,' the Mock Turtle replied; 'and then the different branches of Arithmetic—Ambition, Distraction, Uglification, and Derision.'

'I never heard of "Uglification,"' Alice ventured to say. 'What is it?'

The Gryphon lifted up both its paws in surprise. 'What! Never heard of uglifying!' it exclaimed. 'You know what to beautify is, I suppose?'

'Well, then,' the Gryphon went on, 'if you don't know what to uglify is, you ARE a simpleton.'

Alice did not feel encouraged to ask any more questions about it, so she turned to the Mock Turtle, and said 'What else had you to learn?'

'Well, there was Mystery,' the Mock Turtle replied, counting off the subjects on his flappers, '—Mystery, ancient and modern, with Seaography: then Drawling—the Drawling-master was an old conger-eel, that used to come once a week: HE taught us Drawling, Stretching, and Fainting in Coils.'

'Well, I can't show it you myself,' the Mock Turtle said: 'I'm too stiff. And the Gryphon never learnt it.'

'Hadn't time,' said the Gryphon: 'I went to the Classics master, though. He was an old crab, HE was.'

'I never went to him,' the Mock Turtle said with a sigh: 'he taught Laughing and Grief, they used to say.'

'So he did, so he did,' said the Gryphon, sighing in his turn; and both creatures hid their faces in their paws.

'And how many hours a day did you do lessons?' said Alice, in a hurry to change the subject.

'Ten hours the first day,' said the Mock Turtle: 'nine the next, and so on.'

'What a curious plan!' exclaimed Alice.

'That's the reason they're called lessons,' the Gryphon remarked: 'because they lessen from day to day.'

This was quite a new idea to Alice, and she thought it over a little before she made her next remark. 'Then the eleventh day must have been a holiday?'

'Of course it was,' said the Mock Turtle.

'And how did you manage on the twelfth?' Alice went on eagerly.

'That's enough about lessons,' the Gryphon interrupted in a very decided tone: 'tell her something about the games now.'