The current manifestation of myself

Born in Malta in 1960, raised in the UK, lived 13 years in Ireland and the last five in New Zealand. I live in the Wairarapa (lower North Island of NZ) and teach in a satellite campus of UCOL in the same small town where I live, Masterton. I have three children who are legally adult and therefore consider myself retired from active service as a mother (since November 2007).

I moved to New Zealand from Ireland in June 2003 to escape the 288 days per year of rain where I was living in County Clare. My mother (who had been here on holiday) told me that New Zealand was a sunny country where it was so warm that "They don't even have central heating". Arriving in June 2003, I soon discovered that the climate and the lack of central heating were not connected. However I have either since toughened up or entered the menopause and I enjoy the sunny but temperate climate of the Wairarapa. I also met, fell in love and married a Kiwi man.

Here is a picture of me and my Kiwi husband, Roy 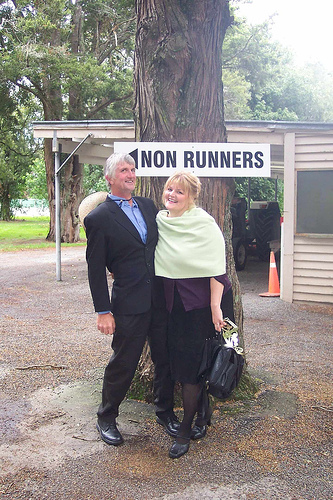