Cultures have been meeting and mixing in Malaysia since the very beginning of its history. More than fifteen hundred years ago a Malay kingdom in Bujang Valley welcomed traders from China and India. With the arrival of gold and silks, Buddhism and Hinduism also came to Malaysia. A thousand years later, Arab traders arrived in Malacca and brought with them the principles and practices of Islam. By the time the Portuguese arrived in Malaysia, the empire that they encountered was more cosmopolitan than their own. 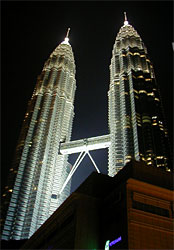 Malaysia's cultural mosaic is marked by many different cultures, but several in particular have had especially lasting influence on the country. Chief among these is the ancient Malay culture, and the cultures of Malaysia's two most prominent trading partners throughout history--the Chinese, and the Indians. These three groups are joined by a dizzying array of indigenous tribes, many of which live in the forests and coastal areas of Borneo. Although each of these cultures has vigorously maintained its traditions and community structures, they have also blended together to create contemporary Malaysia's uniquely diverse heritage.

It would be difficult to overstate the attraction of Malaysia for anyone who appreciates the natural world. Its primal forests, ranging from shoreline mangrove to mountaintop oak, are of the sort that most of the world now knows only in myth. Although Malaysia's size is similar to that of Norway, natural trees and forests cover almost three quarters of the land, an area equivalent to almost the entire United Kingdom. One can walk for hundreds of miles in Malaysia under a continuous canopy of green, marveling at an abundance of plant and animal species

equaled by no other location in the entire world. A single half-kilometer plot of land in Borneo's lowland dipterocarp forest, for example, may well contain more than eight hundred different species of trees alone, a stunning degree of variety that pales, however, in comparison to the profusion and diversity of flowers, birds, ferns, and insects. This endlessly varied environment also shelters a host of the world's rarest and most remarkable animals: the Sumatran Rhinoceros, the Clouded Leopard and Malaysian Tiger, the Sun Bear, the Monitor Lizard, and the Orang Utan, or "man of the forest," are just a few examples. 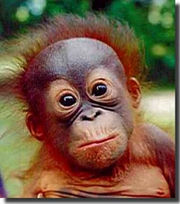 Malaysia's forests are also home to Southeast Asia's highest peak, as well as to the world's most extensive and capacious natural caverns. The forest itself is one of the most ancient on the planet, far older than the equatorial forests of the Amazon or the Congo. It has for tens of thousands of years been the home of nomadic forest peoples, and ancient civilizations have flourished as well as disappeared in its vastness. Legends abound, and archaeologists have only just begun their efforts here. Equally exciting discoveries are now being made by genetic biologists, who have begun searching the wealth of life in Malaysia's forests for new medicines with which to combat AIDS, cancer, and many other illnesses.

And that is only the forest. Malaysia's offshore islands are of legendary beauty. For millenia, Pulau Langkawi and Pulau Tioman have been sought-after havens of peace from the turbulent outside world, a tradition that is evidenced today by their international status as holiday destinations. Pulau Sipadan, a small oceanic island off the eastern shore of Borneo, rises in a sheer column more than six hundred meters from the seabed. Completely encircled by sheer drop-offs and walls, Sipadan is one of the world's foremost dive sites.

Being a multi-cultural society, Malaysia is a land of many colourful festivals and celebrations. Buddhism, Taoism, Hinduism and Christianity all celebrate different times of the year with vibrant festivals, traditional dances and dramas.