I was born at Umlazi in 1972. My mother and father are from eNquthu-KZN and Qwaqwa – FS respectively. I started my primary education at Embonini Primary school and completed at Zwelibanzi High school in Umlazi

I did my tertiary education in KZN, University of Natal, University of Durban Westville and UKZN. I have done over three dozen certificate awarding courses, mainly in business studies, nationally. I also have certification from Informa Telecoms, UK and working on a Diploma from the same institution.

From childhood to adulthood, I have always been passionate about sports. I became a Captain of a professional ‘under 12 team’, London Aces. I then moved to Boxing which I stopped due to an injury. I finally did martial arts, Siu-Lam Kung-Fu and Kyokushin-Kai Karate until I was an adult. I established and lead Martial Arts schools both in Umlazi and at the University of Natal respectively.

In my mid-teenage, I had involvement in some underground activities of the UDF and the African National Congress. I was part of many civil measures aimed at ‘community’ self preservation and protest against the apartheid regime. At University, I participated in various student formation and political activities and existed the University of Natal when I was a labour Officer of the SACP serving with Mdu Mkhonza, Mazibuko Jara, Nkosikhulule Nyembezi, Mike Nqolowa and many others. I am currently a member of SANCO and ANC.

Humanitarian work has always been and will always be in my heart. I started humanitarian work when I was 20 years old. I have not stopped since. When I exited the University of Natal in 1997, I had been a President of SEED and a vice-President of RAG, both organizations aimed at improving quality of life of the destitute and vulnerable. SEED with skills and RAG with funding. Mr. Thabo Mbeki, then Vice-President, presented me an award for “Best Community Initiative” in 1994. Since 2005, I have been working with mentally Challenged children through Ningizimu Special school, Special Olympics and Mental Disability Association of South Africa. 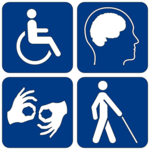 Over and above the interests listed above, I have also involved myself in Reseach in the area of the South African indigeneous Knowledge Sytem. The reseach isongoing. So far, a book on Traditionaal Health Care Guide: The case of AbbaNgini has been published by the University o f Toronto in 2012. A series of publications in the subject are still on the pipeline.

In addition to being a Researcher, an Academic, a Community Activist MPHO SEHOTO is a founding member of Wayaless Network Solution, a Telecommunications company based in KwaZulu-Natal. He has previously worked as a start-up Business Consultant.