According to Mills, the eponymous "power elite" are those that occupy the dominant positions, in the dominant institutions (military, economic and political) of a dominant country, and their decisions (or lack of decisions) have enormous consequences, not only for the U.S. population but, "the underlying populations of the world." The institutions which they head, Mills posits, are a triumvirate of groups that have succeeded weaker predecessors: (1) "two or three hundred giant corporations" which have replaced the traditional agrarian and craft economy, (2) a strong federal political order that has inherited power from "a decentralized set of several dozen states" and "now enters into each and every crany of the social structure," and (3) the military establishment, formerly an object of "distrust fed by state militia," but now an entity with "all the grim and clumsy efficiency of a sprawling bureaucratic domain."

Importantly, and in distinction from modern American conspiracy theory, Mills explains that the elite themselves may not be aware of their status as an elite, noting that "often they are uncertain about their roles" and "without conscious effort, they absorb the aspiration to be ... The Ones Who Decide." Nonetheless, he sees them as a quasi-hereditary caste. The members of the "power elite," according to Mills, often enter into positions of societal prominence through educations obtained at eastern establishment universities like Harvard, Princeton, and Yale. 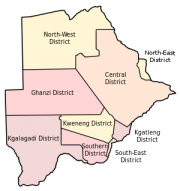