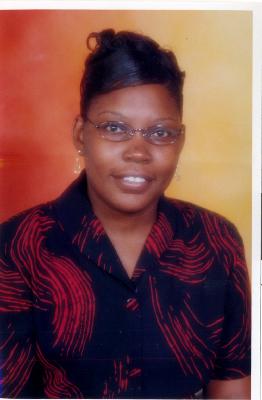 My name is Malisa Richards. I reside in Georgetown, Guyana. I work at the Kuru Kuru Co-operative College located in D'Urban Backlands, Georgetown, Guyana. Prior to work, i spend most of my time between my grand parents home, church and home. I am the youngest child for my parents. My mother has two children and my father has 10. I also have an adopted sister whom my mother adopted. My mother is an Economist by profession and my dad is retired.

I have been working at the Kuru Kuru Co-operative College since 2002. In 2005 we embarked on an elearning project where i headed the team and we implemented the Moodle platform and started offering courses to our students online. In 2007 I was contacted by Brain Street Technology who wanted to offer courses at a commercial level to Guyanese and the Caribbean at large. November 2007 Brain Street secured a contract to offer Cavehill School of Business Executive MBA.

2006 I applied to Cleveland Institute of Electronics to do my Associate in Applied Science in Computer Information Technology and Systems Management. September 2009 I will commence my Bachelor of Science in Computer Science at the University of Guyana where I'll spend 3 years doing that programme.