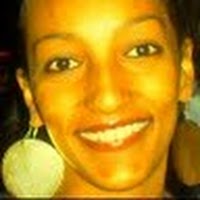 The term Web 2.0 is associated with web applications that facilitate participatory information sharing, interoperability, user-centered design,[1] and collaboration on the World Wide Web. A Web 2.0 site allows users to interact and collaborate with each other in a social media dialogue as creators ( prosumers) of user-generated content in a virtual community, in contrast to websites where users (consumers) are limited to the passive viewing of content that was created for them. Examples of Web 2.0 include social networking sites, blogs, wikis, video sharing sites, hosted services, web applications, mashups and folksonomies.

Here is a new line!!

The term is closely associated with Tim O'Reilly because of the O'Reilly Media Web 2.0 conference in late 2004.[2][3] Although the term suggests a new version of the World Wide Web, it does not refer to an update to any technical specification, but rather to cumulative changes in the ways software developers and end-users use the Web. Whether Web 2.0 is qualitatively different from prior web technologies has been challenged by World Wide Web inventor Tim Berners-Lee, who called the term a "piece of jargon",[4] precisely because he intended the Web in his vision as "a collaborative medium, a place where we [could] all meet and read and write". He called it the "Read/Write Web".[5]

This is another one!

Let me try this one too!

JOHANNESBURG, 20 May 2011 (IRIN) - New research on sleeping sickness in African cattle is holding out the possibility that in the not too distant future Africa could start seeing the introduction of cattle resistant to sleeping sickness - a disease which kills billions of dollars worth of livestock every year.

The research claims to have isolated two genes critical in the development of disease-resistant cattle.

Harry Noyes, lead author of a paper on this published in the Proceedings of the National Academy of Sciences of the USA (PNAS) on 16 May, told IRIN their research had been prompted by the fact that while East African humped cattle breeds are susceptible to trypanosome parasites which cause sleeping sickness, the N’Dama, a humpless West African breed, is not seriously affected by the disease.

African animal trypanosomosis - also known as `nagana’ (Zulu: "to be depressed") or tryps - is transmitted through the bite of an infected species of the tsetse fly and is endemic from Senegal to Tanzania, and Chad to Zimbabwe (an area almost the size of the USA).