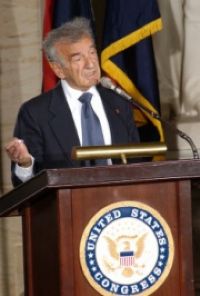 My name is Keren Sorkin and I'm a 16.5 years old girl. I was born in 5.5.1992. I live in Netanya with my parents and I have no brothers or sisters. Every week I go to my grandparents and to my aunts and uncles.

My parents immigrated to Israel in 1990 from the Ukraine, but I was born in Israel.

My hobbies are to swim, do shopping and just walk with my friends. Every day I listen to music and play on the computer after school. I study Biotechnology in Ort Gutman High School. We get a lot of homework and I even don’t have time in the evening to eat.

In school, I have a lot of friends and I love them very much. My family is a Jewish traditional family and I am, too. We celebrate all the Jewish holidays and we follow the Jewish law. In addition, I enjoy living in Israel and want to be here all my life.

How are you today? We will do the project together! I think that this is a horrible, terrifying event that must not happen again. The events in the Nazi death camps in Auschwitz, Birkenau and other camps are very horrible things.

The purpose of Adolph Hitler was to remove the Jews from society.

Six million Jews were killed in the second world war.

The slogan of Israel is:

What do you know about this?

I have read your answer and I agree with you.

Moshe the beadle was an example of Foreshadowing. Moshe tried to warn Elie, his family and the entire town from what is coming to happen.

They didn’t believe what Moshe was talking and didn’t take it seriously.

In 1942, Moshe is deported to Poland where he witnesses the mass extermination of the Jews. He manages to escape and goes back to Sighet to warn them of danger. No one listens to him.

These women, Madame Schechter actually see a vision of what the Nazis is doing to the Jews - burning them. She tried to warn all the people in the wagon but all of them thought that she was crazy.

When we look at it now we think that they were crazy not to believe her, but I, if I were in this situation, I wouldn't believe that this horror could happen, either.

I have read your answer and I agree with you.

I agree with you! After the holocaust it's impossible to forget something horrible like this. Elie lose his father three months before the release of the camp by the Soviet Union in 11 April 1945. Hilda and Bea also survived the war and Elie find them after the war and they unite.

Elie Wiesel encouraged other survivors tell they stories to perpetuate the holocaust. He also publishes over 40 books. All of them are about his story and what he passes in this war.

Elie build a center of studying in Ashkelon (city in Israel) to the Ethiopian population.

A part of Elie's books:

Night (Hill and Wang 1958; 2006 Personal account of the Holocaust), The Town Beyond the Wall (Athenaeum 1964) , The Jews of Silence (Holt, Rinehart and Winston 1966), The Gates of the Forest (Holt, Rinehart and Winston 1966), A Beggar in Jerusalem (Random House 1970)(Novel) , A Jew Today (Random House 1978-Essays and imaginative works on Jewish identity). All this books demonstrate the horror in the holocaust and the testimonies of all Jewish people that survive the holocaust.

Elie's obligation was perpetuated by the idea that we should not forget the holocaust.

Caiti and Sean how are you?

I think that Elie left his father on the train not because he was indifferent.

I understand that Elie didn't stand with his father because he wanted to protect his own life. He loved his father but he didn’t know what to do in that situation. I can understand Elie because he was a little boy that was a victim of this horrible war.

In a situation of fear people don’t know how to behave and what to do. I think that his father understood it and even forgave him. His father knew that Elie did it because he was scared and wanted to save his life.

Today, this situation happenrf when I got on the bus to school. All the students are indifferent to sick old people that want to get out of the bus and we don’t help them. This action shows indifference!

I also think that Elie had no choice.