My name is Elizabet Kidane. I am working in Ministry of Communication and Information Technology as a professional developer.

We are living in the era of information age.

I am proud to be an information professional. Tips and Options; 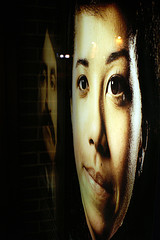 Tiny Thompson (1903–1981) was a Canadian professional ice hockey goaltender. He played 12 seasons in the National Hockey League (NHL), first for the Boston Bruins, and later for the Detroit Red Wings. A four-time Vezina Trophy winner, Thompson was inducted into the Hockey Hall of Fame in 1959.

He was a member of one Stanley Cup-winning team, as a rookie in the 1928–29 season with the Boston Bruins. At the start of the 1938–39 season, after ten full seasons with Boston, he was traded to the Detroit Red Wings, where he completed the season, and played another full one before retiring. During his NHL career, he recorded 81 shutouts, the sixth highest of any goaltender.

After retiring from playing, he coached lower-league teams before becoming a noted professional scout. Thompson helped popularize the technique of catching the puck as a method of making a save. A competent puckhandler, he was the first goaltender in the NHL to record an assist by passing the puck with his stick to a fellow player.