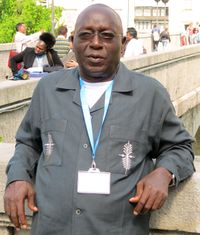 == * My name is Charles Appiah. I am the National Coordinator for the UK Institute of Physics, Ghana-Ada Centre. The Centre is to help

b. My Educational Background

4. ACADEMIC AND PROFESSIONAL QUALIFICATIONS WITH DATES