Greetings! I am Betty Lawrence, now Betty Hurley-Dasgupta an Area Coordinator for primarily mathematics courses at the Center for Distance Learning of SUNY Empire State College. This means that I teach math classes, as well as coordinate the development and revision of online courses in the Science, Math and Technology area. I also hire and supervise adjuncts who teach the courses for which I am responsible. I am very interested in the concept of WikiEducator and fascinated by the list of participants in this course.

I have been working at Empire State College since 1982. Before that, I worked for a number of years at the National Technical Institute for the Deaf in the physics and math learning centers. And, I also taught for two years at Wells College, my alma mater, in the math department.

At Empire State College, I began as a mentor at the Genesee Valley Learning Center in Rochester. I also served as Acting Associate Dean for one year. In 1992, I transferred to Saratoga Springs, where I worked with a number of programs, including Collegewide Programs, the FORUM Management Program and Center for Distance Learning. In 1998, I began working for International Programs, especially with the program for Lebanese students. I became academic coordinator of that program in 2001 and remained in that role until 2006. Concurrently, I was an Area Coordinator with the Center for Distance Learning. I am now full-time with that Center.

I have a doctorate in Mathematics Education from the University of Rochester (1982). My dissertation is titled, Peer Teaching in a Calculus Classroom. My Bachelor degree in Mathematics and Mathematics/Physics is from Wells College (1977).

My parents were both high school teachers- my father in math and my mother in English. I knew from an early age that I wanted to teach and maintained that focus throughout college. So, I went on for my Ed.D. in math education. While in grad school, I had the opportunity to work part-time at the National Technical Institute for the Deaf, which certainly impressed on me the importance of visual learning. When I moved onto Empire State College, I became very interested in adult learners of mathematics.

My doctorate is in curriculum and many of my projects stem from that interest. As an Area Coordinator, I have been involved in all aspects of online curriculum development, mostly in mathematics. Development has been in the area of general education as well as courses for math majors. I like working collaboratively, since it challenges me to think of new ideas and novel approaches.

I'm also very interested in social networking and how to use Web 2.0 tools to encourage collaborative learning.

I received a BA degree in Mathematics and Mathematics-Physics from Wells College, Aurora, NY in 1977. I was awarded an assistantship at the University of Rochester and began working toward an Ed.D. in mathematics education. In 1979, I also began teaching part-time at the National Technical Institute for the Deaf (NTID) at Rochester Institute of Technology. My experience at NTID had a deep influence on my approach to learning.

While working on my dissertation, I then had an opportunity to return to Wells and serve as a sabbatical replacement for two years. My dissertation, Peer Teaching in a Calculus Classroom was based on my research with my calculus students at Wells.

After completing my Ed.D. in 1982, I immediately began working for SUNY Empire State College as a mentor at the Rochester Center. I continued as mentor there for ten years, with a two-year reassignment as Acting Associate Dean.

In 1993, I relocated to Saratoga Springs, NY, beginning with a re-assignment with the Center for Learning and Technology. I then moved on to assignments with Collegewide Programs, working as a mentor for the FORUM Management Program and then as an Assistant Dean. In 1998, I began a series of reassignments with International Programs. My work with International Programs continued until 2006. My primary role was Coordinator of the Lebanon Program, but I also participated in faculty teams for Thessaloniki, Athens and Prague.

I have been with the Center for Distance Learning since 1998 and was promoted to full professor in 1999. I have served primarily as an Area Coordinator for Science, Math and Technology, but am currently the Interim Associate Dean. I am excited about the potential for open learning and proud to be part of the Open University of new York.

I was married to Dave Lawrence from 1982-1993. He moved on to Harrisonburg, Virginia and I relocated to Saratoga Springs, NY and we were formally divorced in 1994. Soon after relocating to Saratoga, I built a log home in Corinth, NY. Also, my parents, Thomas and Ruth Hurley, who lived in Newport, Rhode Island, faced health challenges, including s stroke for my mom. My dad died from a stroke in 1997 and from 1997 to 2005, I helped my mom face her continued physical challenges, including moving her to Saratoga in 2001. Although we had our differences, especially while I was in college, we became very close during those years and I am glad we were able to have those years together. I'm also grateful we had Hospice when her time came to leave this world.

Gautam Dasgupta and I met in July, 2006 and we were married on July 30, 2011. Joey, our greyhound, is an important member of our family unit.

My sister, Diane Portis, lives with Archie Portis in New Bern, NC. His parents live nearby, And, my niece lives in Newport, Rhode Island, not far from where my parents lived! Eric has settled in Denver, Colorado. My happiest days are when the whole family is together, as we were recently on a narrowboat in England for a glorious week.

Here are some photos of my recent narrowboat adventure. 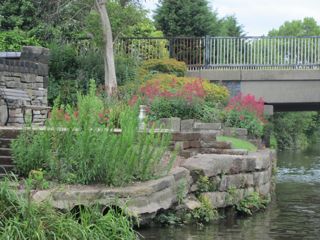 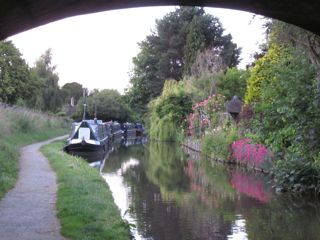 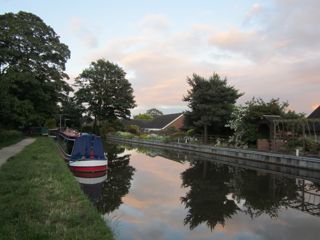 I also have a web page: Betty Lawrence web page

These are my other work projects:

More on the OERu Project

Empire State College is a leader in Prior Learning Assessment (PLA.) Here's our opportunity to extend what has been only available to matriculated students to learners worldwide.

I'm also a math educator and am working on developing OERs to help learners develop stronger quantitative skills. Our college is moving to Moodle and I see much potential to using Moodle to facilitate Personal Learning Environments for learners of mathematics.

Feedback & Notes from my WikiNeighbours