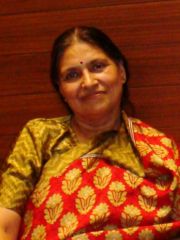 “Silent Valley is not just an evergreen forest; it is a very fine example of one of the richest, most threatened and least studied habitats on earth.”

Rainforests represent only 7 % of the world’s geographical area, but they are home to more than 50% of the world’s living species. In India, the Western Ghats have been declared a global ‘Hot Spot’ amongst the 12 megadiversity regions of the world because of their rich biodiversity. 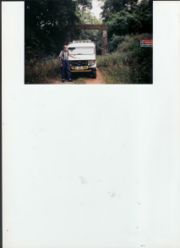 Silent Valley National Park is situated at the south-eastern corner of the Nilgiri Hils. It constitutes a total of 8952 hectares (89.5 km2). The valley is enclosed on all sides by the high mountains of the Western Ghats which protect the vegetation from the extremes of climate.

The valley slopes towards the river Kunthi, which meanders in a north-south direction, and divides the National park into two. The river originates at an elevation of about 2,400 metres in the outer ridges of the Nilgiris, descends rapidly to 1150 metres on the northern edge of the valley, flows gently on a southern course for about 15 kms, before cascading down to the Mannarkkad plains.

The evolutionary age of the Silent Valley rain forest is more than 50 million years. The valley appears to have strong linkages with the events in Mahabharata. River Kunthi is named after the queen Kunthi Devi and Sirandhri is named after the Pandavas’ wife Draupadi. The words ‘Silent

Valley’ are said to be the anglicized form of ‘Sairandhrivanam’. It is also believed that the Valley was named ‘Silent’ due to the relative absence of the distinctive sounds of the ‘Cicada’ insects.

Silent Valley is an ecological island with habitat diversity. The northern boundary flanking the Nilgiris has sub-tropical temperature forests

Moist deciduous forests occur at lower elevations with plants like Phyllanthus emblica ( Amla) and Zizyphus rugosa ( Ber). Evergreen forests are seen at an elevation of 1000 metres and above (in the Valia Parathod, Walakkad and Poochappara regions). The grasslands are seen at middle and higher altitudes (this also has Rhododendron arboretum subsp nilgiricum -a temperate element. (Rhododendrons are generally found at the foothills of the Himalayas).

Silent Valley has about a 1000 flowering and an equal number of non-flowering plants; these include medicinal plants, wild relatives of domesticated plants, ferns and mosses. It also has 107 species of orchids belonging to 54 genera. The grasslands in these areas also flourish with their unique grass genus (Silent Valleya) and its associated orchid Ipsea malabarica (Malabar Daffodil orchid) Cullenia exarillata has a unique position in Silent Valley; it provides fruit, flowers and foliage to both Nilgiri langur and Lion tailed macaques- the two endangered

Some of the large mammals found in the Valley are tiger, elephant, Gaur, Nilgiri Tahr and Sloth bear. The Zoological Survey of India collected 315 species of animals, of which 28 species are new records to science (records of ZSI 1986).

In Feb.1973 the Planning Commission had approved a hydro-electric project in Silent Valley. If the project had been executed, 830 hectares of the valley would have been submerged under the reservoir. Many unique and rare flora and fauna too would have vanished.(Several species are rare because they originally inhabited vast areas of the Western Ghats,but now are found only in Silent Valley)

An endemic species of poisonous spider

The struggle to save Silent Valley was supported by people from all walks of life, including Late Prime Minister Indira Gandhi. This fierce environmental battle helped the common man to become aware of the need for conservation.

A visit to Silent Valley is an unusual and enriching experience. The ‘sounds of silence’ overwhelm you and there is something in the ambience that almost compels you to speak softly and avoid disturbing the stillness.

The beauty and serenity of the valley is enthralling; it fills your heart with quiet happiness and you become one with nature. Justice K.Sukumarans statement ‘Silent valley is a poem on earth...’ sums up the essence of Silent Valley.