A chromosome is a length of D.N.A. consisting of many genes. 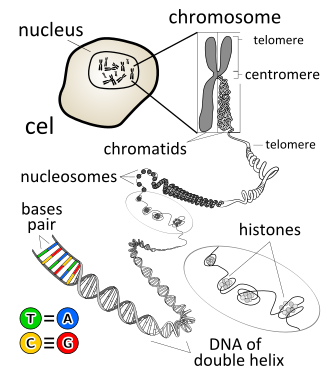 In all human body cells there are... 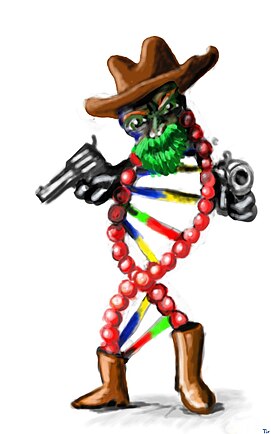 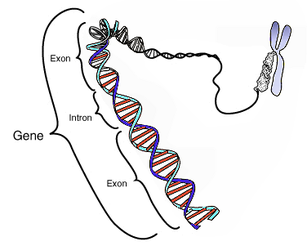 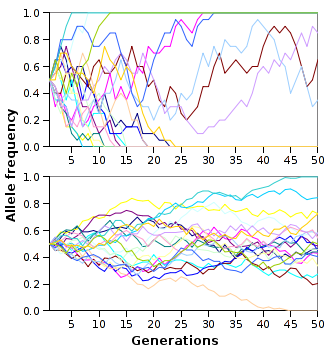 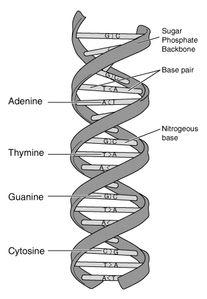 DNA REPLICATION is just as the title explains, the replication of a DNA molecule. This happens before cell divisions (meiosis or mitosis). 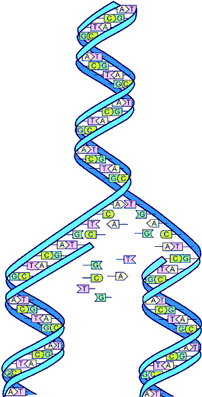 THE PROCESS OF DNA REPLICATION:

Mitosis replenishes our dying cells by producing identical cells in their place.

The new cells must have the same amount of chromosomes and organelles - they are produced by mitosis.

Mitosis happens after DNA replication, and produces two diploid cells from one. 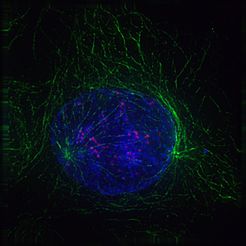 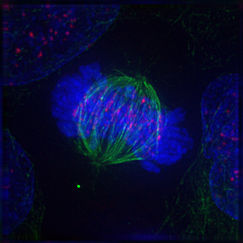 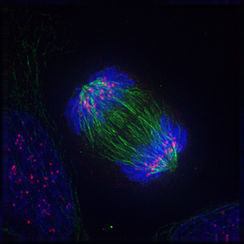 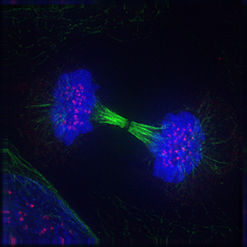 This is the full cycle:

Meiosis, like mitosis, creates new cells within the body. However, meiosis produces gametes (ova and sperm in animals and spores in plants), so unlike mitosis, 4 daughter cells are produced, and they are not genetically identical. The gametes produced have half the diploid number of chromosomes, known as the haploid number. 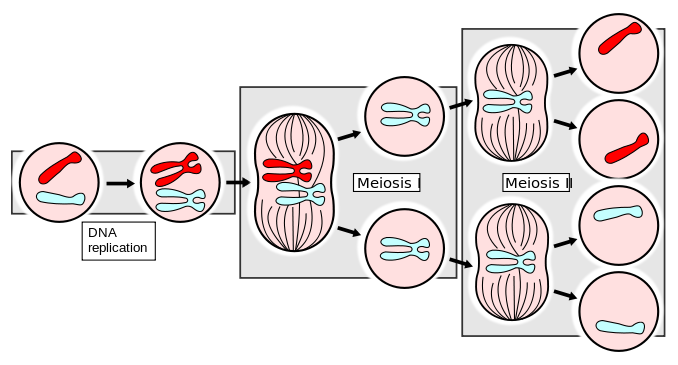 Within each of these two divisions, meiosis happens in stages (similar to mitosis):

This is the full cycle: 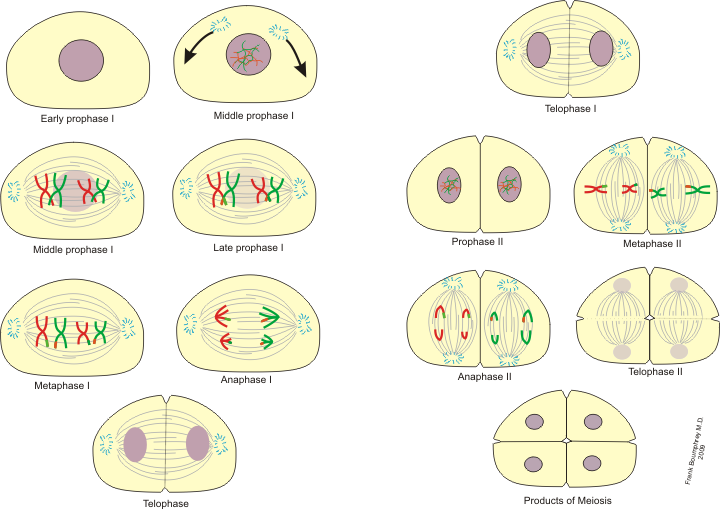 There are three sources of variation:

This can occur during meiosis, in prophase I.

Crossing over is where segments of chromatids from homologous chromosomes break off anf recombine, resulting in chromatids with a new combination of alleles.

Meiosis results in 4 haploid cells - the daughter cells of the original diploid cells. And in forming these haploid cells, genetic variation can take place.

A mutation is the change in genetic material that persists unchanged over successive generations.

Mutations are increasingly being seen as the most significant source of genetic variation.

There are a few different types of mutation:

- can  occur randomly or be induced by something called a mutagen.

The namesake of Mendelian Genetics, Gregor Mendel began the research that would lead to our better understanding of genetics today.

Dihybrid crosses are, as the name states, similar to monohybrid crosses, but consider two pairs of contrasting traits instead of one.


Based on these experiments Mendel wrote his second law - the principle of independent assortment: two alleles of a gene segregate independently of the alleles of other genes. 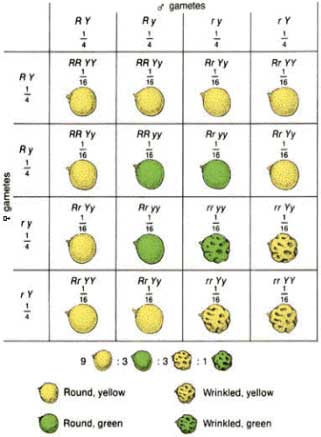 These enable us to find whether a trait is dominant or recessive, and also how a specific gene will affect a population. 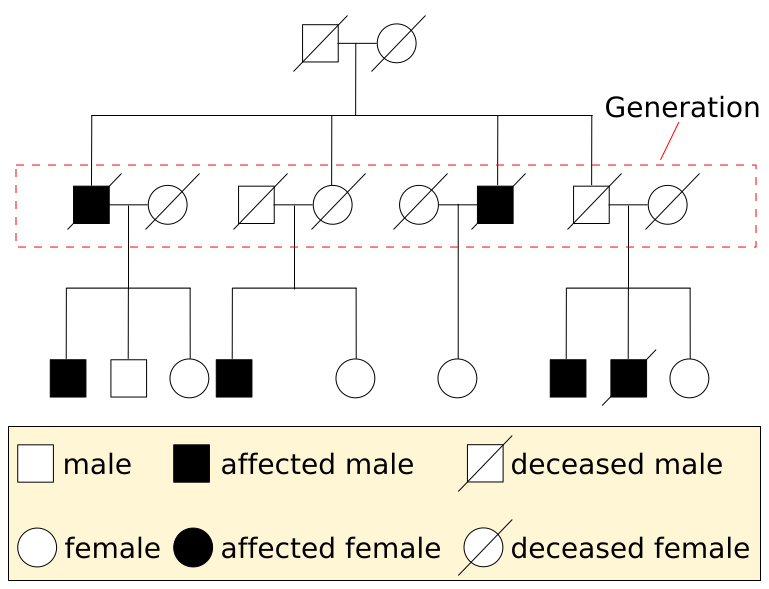 
One of a number of alternative forms that a gene can take. [1]


The proportion of an allele in a gene pool compared with all the alleles at that locus. [2]


A chromosome not concerned with the determination of sex. [2]


The part of a chromosome which attaches to spindle fibres during cell division. [1]


One of two produced by replication of a chromosome, held together at the centromere. [1]


Variation which shows many different values. [3]


One of the bases present in nucleic acids. [1]


Having two sets of chromosomes, two of each kind. [1]


Variation in which individuals can be divided into discrete classes. [1]


The genetic material of all organisms except some viruses. [1]


An allele is dominant if it is expressed in heterizygotes as well as homozygotes. [1]


Catalyst that speeds up biochemical reactions; almost all are proteins. [1]


Result of inbreeding an F1 generation. [1]


The formation of a zygote by the joining together of two gametes. [1]


Change in allele frequency due to chance, as a small group of 'founders' becomes isolated from the main population. [1]


Haploid cell that cannot develop further until it has fused with another. [1]


The fundamental unit of inheritance; a section of D.N.A. coding for a polypeptide. [2]


Period in which a population is reduced to very small numbers, resulting in inbreeding and the loss of much of its genetic diversity. [2]


Random changes in allele frequency due to chance, only significant in small populations. [1]


The entire set of genes of an organism. [1]


The genetic makeup of an organism. [1]


Having one set of chromosomes. [1]


Having two different alleles of a gene at a given locus. [2]


One of two chromosomes that can pair up during meiosis; homologous chromosomes are nearly always similar in size and carry genes controlling similar processes. [1]


Having two of the same allele; true-breeding for a given trait. [1]

A test where the chromosomes in a cell from a specific organism are rearranged into an order, to find the number and type of chromosomes in that organism.


Position on a chromosome occupied by a gene (pl. loci) [1]


Nuclear division in which the number of chromosomes is halved. Results in gametes in animals and spores in plants. [1]


Formed by crossing two pure-breeding parents differing with respect to one pair of contrasting traits. [1]


A change in the genetic material that persists unchanged over successive generations. [1]


Process by which some genotypes have higher reproductive success than others. [1]


The observable characteristics of an organism; the physical expression of the genes. [1]


Transfer of pollen from an anther to a stigma of the same species. [1]


The occurrence of two or more distinct variants in a population, the frequency of the rarest being higher than that which could be due to the recurrent mutation. [2]


A chain of many nucleotides joined together. [1]


An allele is recessive if it is only expressed in homozygotes. [1]


Separation of homologous chromosomes or allelic genes during meiosis. [1]


Situation in which certain genotypes leave more surviving offspring than others, thus making a greater contribution to the gene pool. [2]


System of protein fibres that moves chromosomes during nuclear division. [1]


Method of determining an organism's genotype, by crossing it with a homozygous recessive. [1]


The diploid product of fusion of two gametes. [1]