The Impact of the Renaissance and Enlightenment periods on massage practice

The Renaissance period lasted from the 14th to the 16th century. Renaissance is a french word meaning “rebirth”. It was a time of great scientific, artistic, cultural and intellectual development. The Gutenberg printing press was invented during the Renaissance, facilitating the rapid movement of ideas, and underpinning this development. It was in this time that Copernicus discovered that the sun was the centre of the solar system rather than the earth as had been previously thought. Shakespeare, Leonardo da Vinci, and Mozart were other well-known figures from this period (Mithra, 2008).

The Enlightenment period ran through the 17th and 18th centuries, and is commonly known as “the age of reason”. It was a period of scientific revolution. The prevailing philosophy of the time was Rationalism - that the world could be understood and that the human condition could be improved by scientific enquiry. Various scientific findings which contradicted the dominant religious view of the world in a way similar to Copernicus's discovery led to a schism between the church & the scientists of the day. The obvious casualty of this four-hundred year old conflict is the secular nature of our society where spirituality has become separate from everyday life, and is almost considered to be irrational. 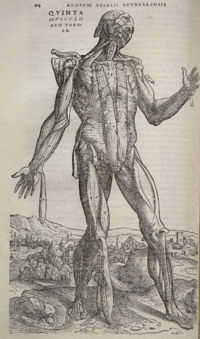 Many of the scientific developments of the time had an impact on massage practice. Five of the most significant are discussed below.

1549 - Girolamo Mercuriale published De Arte Gymnastica which synthesized all that had been previously written on the use of exercise for health promotion & prevention of disease. This book is widely considered to be the first book in the Sports Medicine field.

1584 - Timothy Bright, a lecturer at Cambridge University published his first medical work which discussed the benefits of exercise and massage.

1618 – William Harvey announced the discovery of the circulatory system.

1665 – Robert Hooke publishes Micrographia in which he describes for the first time his observations of “cells”. (Robert Hooke, 2008)