The Anatomy and Physiology of Animals/Respiratory System Worksheet

1. Add the following labels to the diagram of the respiratory system of a dog below: 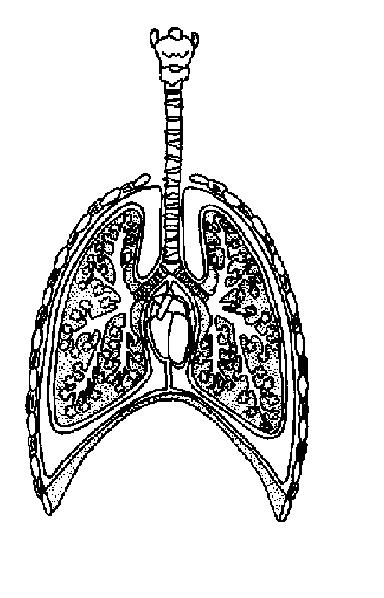 4. How are dust particles that enter the respiratory system in the air expelled?

a) Smallest respiratory passageways.
b) Separates the mouth from the nose.
d) Windpipe.
e) Where gas exchange takes place.
f) Stops food “going the wrong way” ie choking during swallowing.
g) Both air and food pass through this.
h) The movement of air out of the lungs.
i) The main muscle involved in inspiration.
j) Membranes that cover the lungs and line the pleural cavity.
k) The volume of air inhaled or exhaled at each normal breath.

A. The air pressure in the air tight pleural cavities decreases
B. The muscles between the ribs contract to move the ribs cranially and laterally
C. Air is drawn down the trachea into the lungs
D. The diaphragm contracts and flattens
E. The lungs expand to fill the space created

a) The pericardium is the membrane surrounding the lungs. T / F
b) The tidal volume describes the maximum amount of air that can be inhaled into the lungs. T / F
c) Tidal volume can be measured with a peak flow meter T / F
d) Inspiration takes up energy but expiration (during normal at rest breathing) is a passive process not normally requiring energy. T / F
e) The diaphragm is made of smooth muscle. T / F
f) The epiglottis closes off the larynx during swallowing. T / F
g) The rate of breathing is controlled by the pituitary gland. T / F
h) When an animal exercises the rate of breathing increases because the carbon dioxide in the blood increases. T / F
i) Carbon dioxide dissolved in the blood makes the blood alkaline. T / F
j) Carbon dioxide in the blood is mainly carried in the blood plasma.T / F
k) Oxygen moves from the alveoli into the capillaries by the process of osmosis. T / F
l) Expired air contains about 16% oxygen. T / F

8. Add the following labels to the diagram of a section cut across lung alveoli shown below. 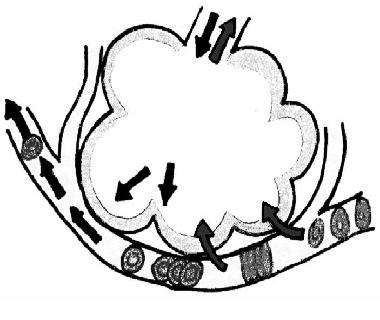 9. Which of the statements below gives the best definition of gas exchange?