THE FIRST LAW OF THERMODYNAMICS

This lesson deals with the exchange of energy betweeen a system and the surroundings. We shall only apply the first law to closed systems. The system receives energy in the form of heat and work from the surroundings.

The internal energy, U, the enthalpy, H, and the heat capacities, Cvand Cp will be defined, and equations are developed involving these state functions.

Finally we shall consider an irreversible adiabatic expansion of a real gas, the Joule - Thomson experiment. 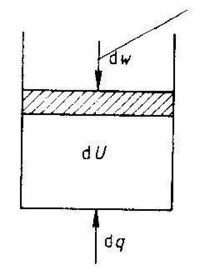 Fig. 1.1 The internal energy is changed by dU due to the supply of heat, dq, and work, dw, from the surrounding

The first law in the present form is valid for a closed system.

Equation (1.1) is a postulate. It cannot be derived. The first law contains a second postulate in addition to eq. (1.1):

Energy is a state function

This is a formulation of a second postulate. 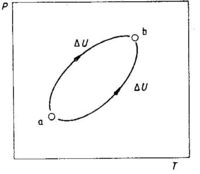 Fig. 1.2 Two different paths from state a to state b.

The states a and b (see Fig. 1.2) represent two equilibrium states of a system (e.g. a gas where temperature and pressure are fixed). Each state can be described by the state variables P and T. The change in internal energy, ΔU, is independent of the path from a to b. A direct consequence of U being a state function is that we obtain ΔU = 0 when we go by one path from a to b and return by another path in a cyclic process. When the system is back to the initial state, the total change in the energy of the system is equal to zero. This can be expressed as

The integral of dU over a cyclic process is zero. The quantities q and w are not state functions. It is sufficient to show this by one example. We shall consider the isothermal (constant temperature) expansion of an ideal gas, see Fig. 1.3.

In the initial state (a) we~ave two equal volumes, one empty and one filled with gas. The final state of having the gas evenly distributed over both volumes can be obtained in two ways. One can make a hole in the separation wall and let the gas expand (b). In this case both heat and work are equal to zero. The same final state can be obtained by an arrangement where the gas performs mechanical work on the surrounding (work supplied to the system is negative). Heat is supplied to the gas to keep temperature constant (c). Although the final state is the same in both cases (also the initial state), heat and work supplied to the system are different in the two cases.

In thermodynamic calculations we frequently have to calculate the work supplied to a system when its volume changes. The system could be a gas, a liquid or a solid. To simplify calculations, let us assume that the system is contained in a cylinder with a frictionless piston as shown in Fig. 1.4. 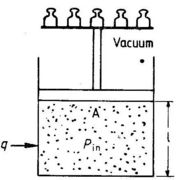 For the system shown in Fig. 1.4 the pressure inside the system, Pin is very closed to being balanced by a weight, or a force, on the piston area, A, corresponding to an external pressure, Pex ≈ force/A. If Pex is less than Pin by an infinitesimal value, the piston will move upwards an infinitesimal distance, dl. The work supplied to the system, dw, is negative:

where dV is the change in volume. Since Pex ≈ Pin, we can write dw ≈ -PindV, or just:

In order to keep the temperature constant, heat must be supplied to the system during the expansion. All steps in the process can be balanced (Pex ≈ Pin), which means that the expansion can be performed in a reversible way.

where V1 and V2 are the initial and final volumes respectively.