The planets (and nearly all other objects in the solar system) move in paths, which have the form of ellipses. The sun stands in one of the two focuses.Italic text 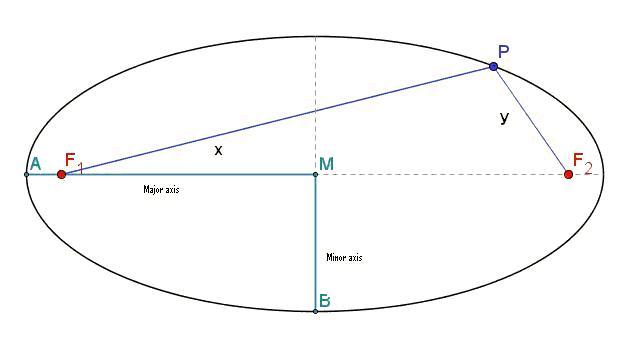 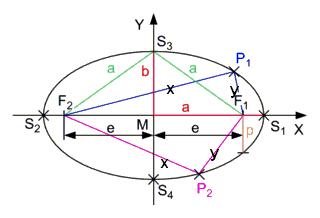 The defining characteristic of an ellipse is

In addition, it is valid

Show that the average value from the largest and the smallest distance of a planet of the sun (aphelion, Perihel) is equal to the large shaft section of the course.

The comet Encke has a distance of 0,339 and/or 4,094 astronomical units (AE) of the sun in the Perihel and aphelion of its course.

Johannes Kepler counted 8 years, in order to find out that Mars describes not a circular path, but an ellipse around the sun. Its results were astonishing exactly, although the numeric eccentricity of the course only \ varepsilon = 0,093 amounts to.