Yom Kippur, also known in English as the Day of Atonement, is the most solemn and important of the Jewish holidays. Jews have traditionally observed this holiday with a 25-hour period of fasting and intensive prayer. Yom Kippur is the climax of the Yamim Noraim , and with Rosh Hashanah forms the Jewish High Holy Days. Erev Yom Kippur is the day before the Jewish holiday of Yom Kippur. It falls on the ninth day of the Hebrew month of Tishrei. The day is commemorated with a festive meal, giving of charity, and visiting others to seek or give forgiveness. By law, there are no radio or television broadcasts on Yom Kippur, airports are shut down, there is no public transportation, and all shops and businesses are closed.

Sukkot , is a Biblical pilgrimage festival that occurs in autumn on the 15th day of the month of Tishri. The holiday lasts 7 days. Outside the land of Israel, many people continue to sit in the Sukkah on the following day, Shemini Atzeret. In Judaism it is one of the three major holidays known collectively as the Shalosh Regalim (three pilgrim festivals), when historically the Jewish populace traveled to the Temple in Jerusalem. During this holiday, Jews are instructed to build a temporary structure in which to eat their meals, entertain guests, relax, and even sleep. On each of the seven days of Sukkot, the Talmud requires the Jew to take Four Species of plants and to grasp and shake them in a specific manner. These species are: the lulav, hadass, aravah and etrog. 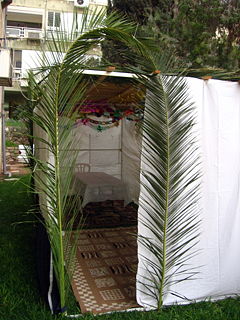 Applying for a job as a photographer

My name is shir wurman, and I'm 18 years old. I want to be a photographer of nature. I like to travele and take photos in general. I would like to have this job because I will give 100% from me for the jub. last year I graduate the art high school.

Every one can have a second chance. But it depends on how mach the person want this chance. Sometimes a new environment offers us a new opportunity for a start, and sometimes the person have to look for an opportunity by himself.

In those three stories, there are three different cases of persons who got a fresh new start and they knew how to utilize the opportunity.