How to run an independent samples t test analysis in SPSS

For two independent samples, we need at least two columns in the dataset: one column to contain a grouping variable (the explanatory variable) and another column to contain the test variable that will be compared (the response variable). The grouping variable can be numeric or string (e.g., 1 or 2, A or B, male or female), although beware of included spaces if variable set as string. The number of rows should be equal to the total number of observations in the study (i.e., n1+n2).

The Define Groups dialog opens. The Group 1 and Group 2 values are the data values for the grouping variable that indicates membership in group 1 or group 2. (For example, if the variable Sex in the dataset is coded 1 (meaning male) and 2 (meaning female), entering a 1 for Group 1 indicates that Group 1 is the male group. Note that the difference in means is calculated as Group 1 - Group 2.

The image below displays a portion of the output for a t test of SAT Math scores comparing male and female computer science students. A few notes: 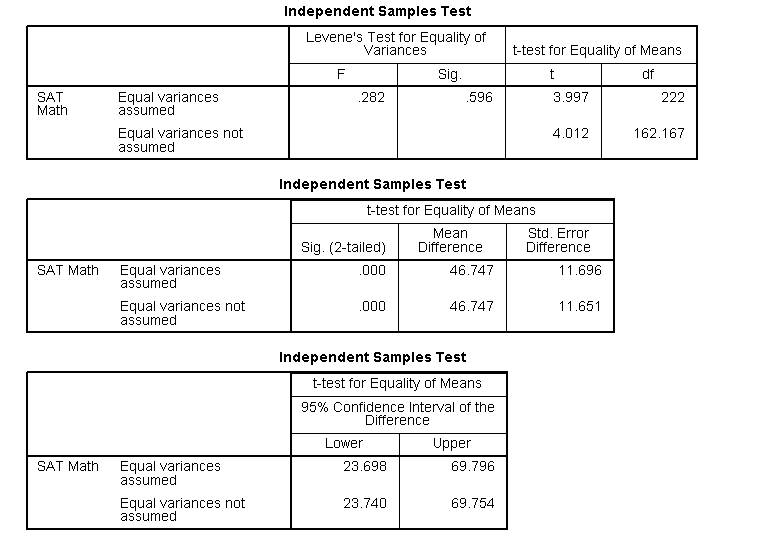