SFD around the Commonwealth/Richard Wyles

From WikiEducator
< SFD around the Commonwealth
Jump to: navigation, search

My journey to open source 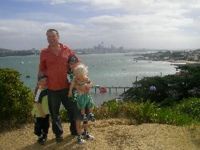 In the 90s I discovered the power of the Internet and it captured my imagination. I've been designing or project managing the development of web based systems ever since. Up until 2002 that entailed a suit and tie and corporate life in a Murdoch media company. Much energy was expended by everyone in the corporate "dog eat dog" world but we did actually get some projects done and I even received a letter from Murdoch himself ;-). For a few besoke solutions I knew we were using open source technologies but I was ambivalent - right tool, right price, then of course - e.g. Apache web servers. I was soon documenting requirements for full ground up systems such as job boards and property websites, shopping mall systems and these had LAMP architectures. Again, I was ambivalent to that fact and didn't really internalise or understand the underlying production methodologies that underpin open source. I certainly didn't have a sense that it was a cool thing, just something that the coders talked about on occasion. We were building one-off solutions - there was no community aspect to it.

I think everyone wants to feel as though their work life might be useful beyond paying the mortgage and keeping the family fed and clothed. I got sick of corporate work life and went self-employed in 2002. The inevitable happened and my business needed a cash injection so I agreed to a short two month gig at The Open Polytechnic of New Zealand. It was great timing. The Tertiary Education Commission of NZ set up a contestable fund and was looking for ways to reduce total costs of ownership and duplication of investment, and achieve greater inter-institutional collaboration. I thought open source might be a good fit and started researching and scoping out the New Zealand Open Source Virtual Learning Environment project. After setting up Eduforge in early 2004, we've been involved in a number of areas, I guess most prominently in the Moodle community.

While I'm sure I've never worked so hard, sometimes it feels like I don't stop. The work is sort of addictive as it is so rewarding. For me personally it is the freedom to be creative, to extend code to meet a particular need. But I'm also challenged by the organisational models to make FLOSS work at a sector level.

On Software Freedom Day, I will most likely remember one of those days when you know you made a small difference. I was visiting a small further education establishment that focused on rural training. The student numbers are small and the Faculty numbers around 12. The organisation has limited resources. I was visiting to to discuss the use of Moodle. Without forewarning I had actually set up a Moodle instance in a production environment with the organisation's branding. The looks on their faces were along the lines of "Where's the catch?". That small organisation is now communicating to their learners in new ways, but more importantly, it's just a stepping stone, they have a taste for what technology might enable them to do and they're out there making it happen.

To make a pun with a company I work with a lot, I see open source as a catalyst for innovation. That will keep me in open source for many more software freedom days to come. Nothing against proprietary software companies per se, but open source is a more robust development method and a whole lot more fun.