SFD around the Commonwealth/James Dalziel

From WikiEducator
< SFD around the Commonwealth
Jump to: navigation, search 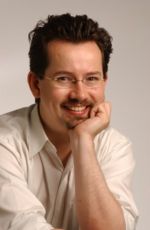 http://www.lamsfoundation.org
LAMS is a Learning Design system for designing, managing and delivering online collaborative learning activities. It provides educators with an intuitive visual authoring environment for creating sequences of learning activities. These activities can include a range of individual tasks, small group work and whole class activities based on both content and collaboration. LAMS is freely available as open source software under the GNU General Public License.

Reflections on leading a FLOSS technology

As leader of the LAMS initiative, one of the greatest pleasures of my role is collaborating with colleagues around the globe. The community of LAMS users has thousands of educators across at least 85 countries who contribute to both the educational and technical directions of the system. 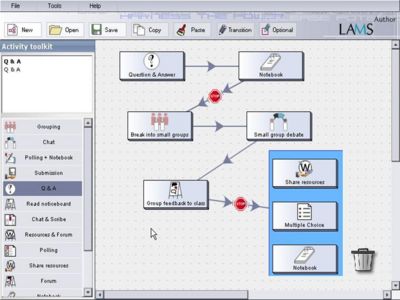 Screenshot of the LAMS authoring interface
A recent example of this is in the area of translations. A few months ago we announced that the upcoming V2 release of LAMS would be able to run in languages other than English, and we invited community members to contribute to the translation process. Within two weeks, we had 15 language translations underway, and more have started since.

I’m greatly indebted to all the translators for the time and effort they contribute, and my sense is that much of the good will driving this kind of contribution is a response to our initial decision to release LAMS as open source software. A community spirit of openness leads to wider adoption and shared development, which benefits everyone.

A value based decision

Another reason why going open source has been important for me is that the values of free software/open source software align well with the traditional values of educators. Both areas value openness, robust debate, achievement on merit, and building on the work of others to benefit society. I can understand why the maker of a financial stockbroking system may not want to go open source, but in the field of education, open source seems to me to be the most natural mode of collaboration and development. I suspect that software developers that do not value openness and freedom may struggle in the education sector as we move into the future. At a personal level, it has been a great experience to be creating educational software using a development methodology (open source) that resonates so well with my values as an educator.