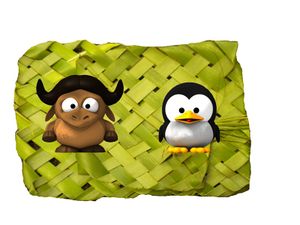 Open Source - from Tertiary to Primary and Primary to Tertiary

Many teachers are beginning to feel frustrated because of a shortage of computers in the classroom. As technology advances it is no longer acceptable to have only one classroom computer. Teacher laptops under the Tela laptop scheme explicitly state in the user agreement that the machines may not be used by children. This is not necessarily a 'socio-economic remote' schools issue but a 'digitally elite/remote' issue as there are cases where Decile one schools can be well-resourced in ICT, and Decile 10 schools can be under-resourced in ICT. This issue is not only limited to New Zealand. Computer access in the home is also creating a 'digital divide'. See, for example, Bridging the Divide

At the same time Tertiary Institutions are continually upgrading their computers and need to dispose of them.

This can provide a meaningful context for children to explore issues surrounding Ubuntu Philosophy and eWaste.

Can the government assist the two sectors to work together to solve the computer shortage and disposal of computer issues?

Society is supportive of -

Why schools should undertake community based projects