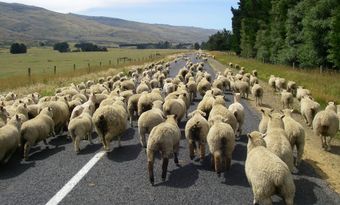 Join the flock and head to the hills

Peasants have nourished the land for thousands of years, peasants will nourish the digital world too

Why my hens won't tweeter - FAQ

Whats new in digital hygiene - is the pad here to stay?