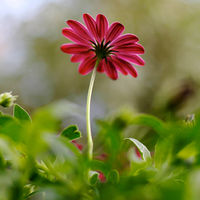 Regular and irregular verbs form a major category of English verbs.They are so called because of their forms. In this Unit you are going to learn these two types of verbs and how to use them in sentences. We will begin with regular verbs.

Regular verbs in their forms

Note: The words with asterisk deviate a bit from the normal way regular verbs make their forms. For instance,the word ‘stop’ has additional ‘p’ to form the present continuous, the past and the past participle tenses. Note also that the ‘y’ in cry, pay and lay changed to ‘i’ and followed by ‘-ed’ and ‘-d’. Note also that the words‘dream’ and ‘burn’ could have their simple past and past participle formed by addition of ‘-ed’ or ‘-t’ to thepresent tense form.

These verbs, as the name implies, are the opposite of regular verbs. Unlike the regular verbs, they are not many and therefore not common.Here are some examples displayed in the table below.

Note: Take note of the following important points about irregular verbs. (a) Irregular verbs, unlike the regular ones, do not form their simple past and past participle just by adding‘d’, ‘ed’, or ‘t’ rather, they change their vowel sound and in some cases, the end of the word is changedas well. (b) Because of their very irregular nature, you must diligently learn and commit to memory the various forms of these verbs. (c) Note that a few of the verbs marked with asterisk do not follow the usual rule of the simple past and past participle forms of irregular verbs, being of different forms. For example, the verbs bring, buy and catch have the same form of both simple and past participle thus: bring/brought/brought;buy/bought/bought;catch/caught/caught. The verb to lie,meaning to speak falsehood takes the regular"d" ending for its forms in the past,thus: lying-lied,lied.