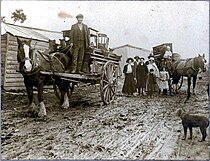 The Rankins shifting a piano in the 1800's in New Zealand (we think?)
This page is a collection of information about Rankin Thornton ancestors. Please join wikieducator to add to the page or email me @ mvanrossen@ashs.school.nz

After a conversation with David Rankin in the 1990's at Manly, Whangaparaoa, New Zealand, this is what I recorded.

Grandma Lusk - Uncle David and Gloria Rankin (Copland)'s greatgrandmother from Milport on Cumbrae Island in the Firth of Clyde.


The sailing ship William Miles in 1864 to Christchurch. Her husband was a carpenter Archibald Lusk. He helped to build all the University buildings in Christchurch, the school of Art and shifted to Ashburton in 1890 - Wakanui Road to Kelwood Farm. Built a house. Morris and Elizabeth Rankin live there.

Rebuilt the Cathedral spire after an earthquake. Rebuilt it in scaffolding - wooden and copper. Was stone, now copper.

Grandma Lusk's daughter, Amelia married Bill whose father William Rankin was a shepherd for Deans in Riccarton and later at Homebush Farm.

William Rankin came out from Eyreshire - Kilmarnoch. He came out for John Deans to be a shepherd. Bought a farm in Palmerston (Mary is not sure whether that was Palmerston North or Palmerston). It became a dairy farm. 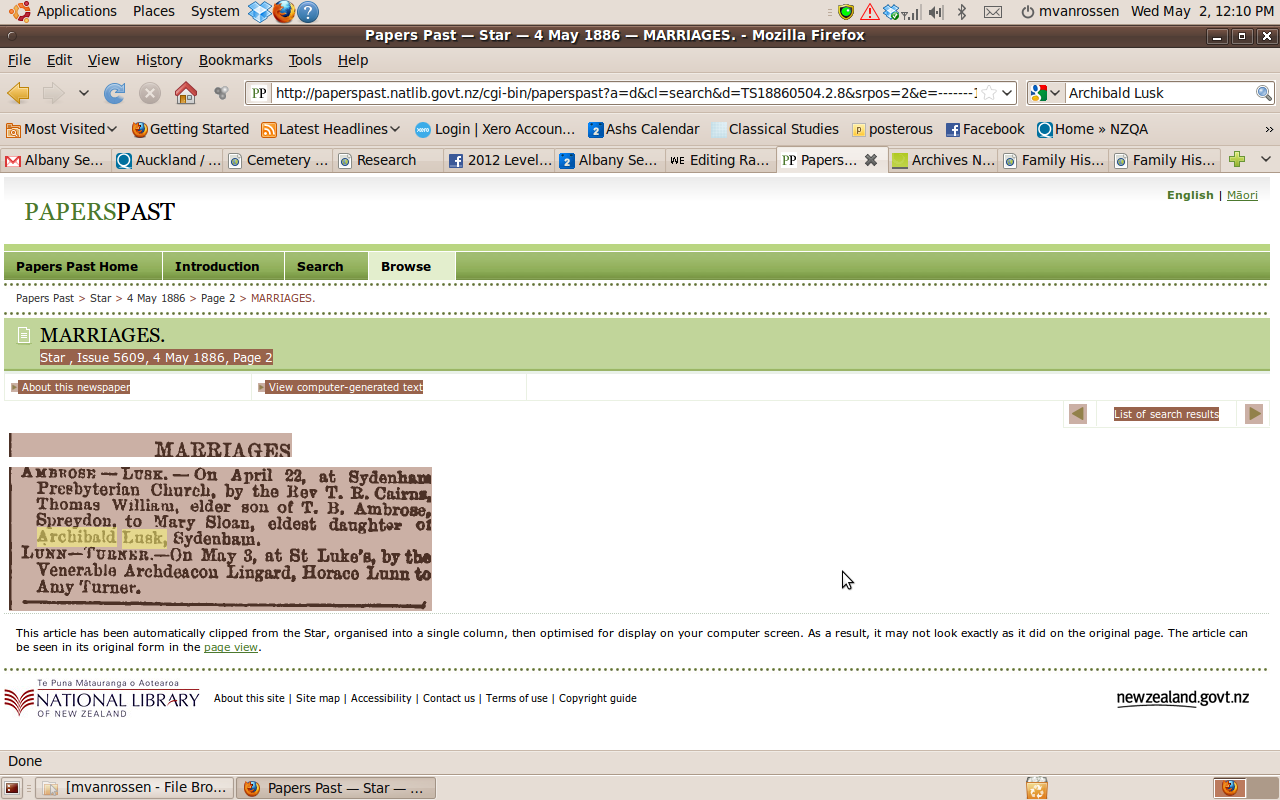 Found this re William Rankin: