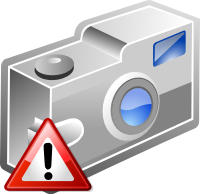 We need an image, diagram or chart.
Specifications: Find a photograph of a PDA - Wikicommons would be a good source

The PDA is the smallest of all computers. Their main task is to maintain a diary and keep contact lists. On many you are able to make use of a word processor or spreadsheet, but, because of physical constraints, the amount that can be done is far more limited than on a PC. PDAs vary considerably in the features they contain. Top of the range cell phones now contain a PDA.

Usually, all the components of a PDA are solid state - they do not contain any moving parts. Some of the larger PDAs, often called subnotebooks, may contain a miniature 1'/" hard drive. One feature that distinguishes a PDA from a subnotebook is that the latter has a built-in keyboard whereas the PDA makes use of a light pen and character recognition for data input.

Most PDAs are able to connect to a personal computer so that data can be exchanged. A common feature is synchronisation where software on the PC automatically updates both the PC and PDA at the same time by using the most up-to-date data on each.

Capacity and speed: PDAs have much less storage capacity and are slower than personal computers. They were designed with convenience and low power requirements in mind rather than power.

Typical users: Typical users are those with high mobility who need to keep track of their agendas. These would include managers, representatives and doctors.

Smartphones: As of 2010, the smartphone is replacing the dedicated PDA. Smartphones contain applications that replicate the ones common on PDAs and have mobile phone functions. Dedicated PDAs are made "obsolete" by the wish to have both functions, cell phone and PDA, but not to carry two separate dedicated devices. The main negative about the consolidation is the need to pay monthly connection fees, which include data fees for the Internet connectivity of the smartphone.