Report of the 13.11 meeting of the OERu Council of CEOs 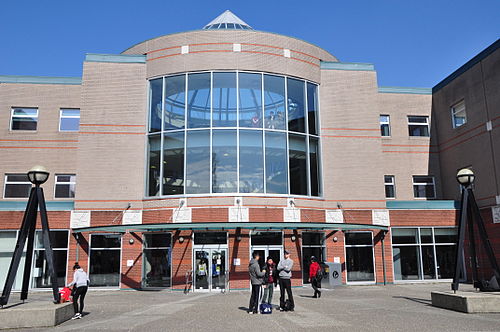 The agenda of the meeting was refined to focus discussions on progressing the development of a high-level strategic plan for the OERu, drawing on the proposals for action developed by the leadership group at the 2nd meeting of OERu anchor partners.

The participants reviewed and agreed on the refinements for the draft terms of reference of the OERu Council of CEOs. The meeting appointed a Chair and Executive Committee of the Council for the 2014 calendar year comprising three Vice Chairs from different international regions of the network. 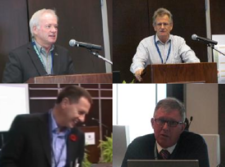 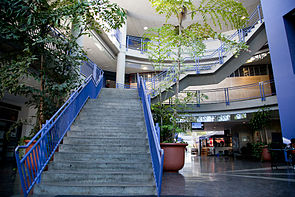 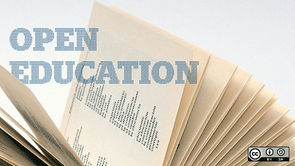 Aiming for sustainable and scalable open education futures.
Discussions focused on the developing the long term aims and corresponding implementation plan for where the OERu wants to be in five years. Dr David Porter referenced an infographic published by Coursera and challenged the OERu network to develop a clear strategic plan incorporating a "dashboard" to report progress on implementation targets.

Participants affirmed the OERu key points of strategic difference as a network which is: distinctively open, distinctively international and committed to formal academic credit towards credible credentials. Priority challenges identified during the discussions included: how to scale the development of product for an OERu programme of study with streams leading to employment for learners; how to effectively sell the OERu vision on campus; how to effectively integrate OER development as part of mainstream operations, that is, assembling own courses from existing OER and releasing a parallel "teach yourself" version for the OERu; and and how to recognise faculty work that contributes to OERu. The meeting discussed key performance indicators of success to be included in the strategic plan, for example number of new OERu partners targeting a fiscally sustainable network, number of OERu credentials, number of OERu "graduates", participation and course completion rates including number of learners taking courses for self-interest, number of assessments, number of credit tansfers / course articularions etc.

The draft terms of reference of the OERu Council tabled at the meeting were developed by members of the OER Foundation Board of Directors: Dr Robin Day, Chair of the Board; and Emeritus Professor Jim Taylor. The preceding Council discussions on OERu strategy informed the review of the draft terms of reference, most notably, the refinement and improvement in the proposed roles for the Council to take a more proactive leadership role in developing vision, strategy and goals for the OERu. Editorial refinements were discussed and implemented during the meeting in the wiki. It was agreed that the Chair of the Council would liaise with the Director of the OER Foundation to further refine the proposed roles of the Council to take responsibility for the vision and strategy goals for the OERu.

The OERu Council of CEO's noted the working groups to be established that will progress the programme of study, quality assurance and course articulation within the network and recommended a mechanism for quarterly reports on progress to the Council. The Council discussed the potential ambiguity and confusion of the concept "university" in the OERu acronym given that the OERu is an international network and not a "university" in the traditional institutional sense. The Council considered the concept "universities" as an alternative subject to further research by the OER Foundation on legal requirements in different jurisdictions.

The meeting agreed that the Council should convene annually in conjunction with the annual meeting of OERu partners. Dr Alan Davis was voted as inaugural Chair of the Council for 2014 and an Executive Committee of the Council was established to oversee operations with Vice-Chairs from the following regions: Europe - Prof Clive Mulholland, Deputy Vice-Chancellor, Research and Student Experience, University of South Wales; Africa - Prof Marthinus Oosthuizen, Deputy Vice-Chancellor, Teaching and Learning, North-West University; and Oceania - Phil Ker, Chief Executive, Otago Polytechnic.

The OERu Council of CEO's identified the following actions: