Approaches to developing OER vary in terms of the degree of control required according to the nature of the OER initiative, the types of resources to be produced, the time and other resources available, and the management styles of the people involved.

The "cathedral and bazaar" metaphor is used to describe two extremes.

The Cathedral and the Bazaar 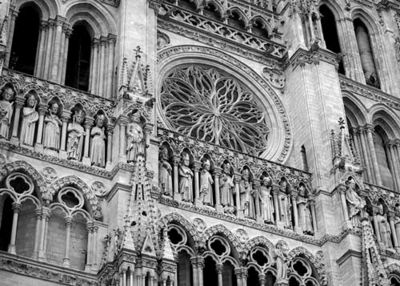 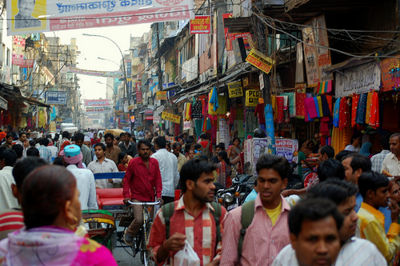 In 1997, programmer, author, and open source advocate Eric S. Raymond wrote an essay entitled "The Cathedral and the Bazaar." The essay uses an analogy to compare two different software development methodologies. The "cathedral" refers to the traditional engineering approach, and the "bazaar" refers to the "open source" approach. When a cathedral is built, the church oversees the workers who each build a piece of the cathedral according to a master plan. One group, management, oversees the programmers who each build pieces of the program according to the plan. In the bazaar, there is no single group who is in charge. Each person can barter and take parts from anyone else in the market. In the open source model of software development, anyone can start a project. Although most projects have special requirements before code is accepted, virtually every project is willing to accept help in some way. Additionally, assuming the software licenses are compatible, code developed for one project can be used with other projects (Raymond, 2000). Of course, not every project fits strictly in a 'cathedral' or 'bazaar' model, with some bazaar-like projects taking more direction from an oversight group than others.

Although GNU/Linux has not been adopted widely in home use, it has been used extensively on the server side (e.g., for running web servers, databases, mail servers, networking facilities, etc., Acohido, 2002).

Here is an example of each model.

Bazaar: the GNU Image Manipulation Program (GIMP[4]) is an image and photo-editing program, somewhat similar to Photoshop. It was created by volunteers and supported by donations. Programmers and users from a variety of industries participate in its development by reporting bugs, contributing code, testing for software bugs and writing documentation. Others contribute plug-ins that give extra functions to the Gimp (special filters, file format conversion, etc.). Some members of this community did not like the Gimp's appearance and created their own project with the Gimp's source code called Gimpshop[5], which looks more similar to Photoshop. Meanwhile, development still continues on Gimp.

The open source "bazaar" approach to developing software is regarded as superior to that of the closed source "cathedral" approach by many people. The benefits include having a broader community involved, many eyes viewing the code to spot bugs and design improvements, etc. A question often debated in the OER community is the extent to which these benefits may be applicable for OER development. Some projects, such as a university OpenCourseWare, are run by an institution and participation in development is generally limited to members of that institution, making it somewhat like a "cathedral" model. In contrast, projects like Wikipedia and Wikiversity are closer to the "bazaar" model, as they accept contributions from anyone, even if the contributor remains anonymous.

In general, the degree of control required will depend on the nature of the project. Large projects tend to require more structure and tighter management, especially if there are time constraints that must be met. But there are other factors such as the inherent modularity and granularity of components, criticality of accuracy, team composition, etc., that factor into decisions about control as well.

There are prominent OER projects using both the "bazaar" and "cathedral" models, and this handbook is designed to help educators new to the OER world navigate both.

In addition to deciding on a methodology for OER development, it is important to understand the possible interactions among learners and educators during the process. The simplest case is an educator independently developing an OER for a particular class with no prior interaction. The process seldom ends there if the resource is subsequently shared, and the interactions may become quite rich and rewarding. For example, educators collaborating to develop OER for educators or for learners, learners collaborating to learn or to develop their own learning resources (and share them), learners and educators collaborating to learn and in the process produce OER for educators and for learners. The types of OER produced vary from curricula, lecture-based and other forms of didactic learning resources for educators, to images, text, video, podcasts and screencasts by and for both educators and learners. These types of OER can be easy to produce and simple to distribute.

On the other hand, some OER may be more open-ended and difficult to produce (e.g., interactive simulations) or control, with a potential for taking on a life of their own (discussion forums, wikis, blogs, and use of various social sites such as Facebook, Wikispaces, Flickr, YouTube, Second Life, etc.).

The rise of OER is challenging the pedagogy field as it opens up almost limitless possibilities for collaboration and meaningful partnerships between teachers and learners in co-designing and co-creating learning materials and activities.