Steina Vasulka (Steinunn Briem Bjarnadottir)and Woody Vasulka are early adopters of video art. They have been practicing in the genre since the early 1960s.

Steina Vasulka was born in Reykjavík, Iceland in 1940, where he trained as a classical musician. Woody was born in Brno, Czech Republic in 1937, where he trained as an engineer before he studied in the film and television production. The couple met had ran into each others paths in the early 1960s. Together they pioneered the showing of video art. (http://en.wikipedia.org/wiki/Steina_and_Woody_Vasulka) 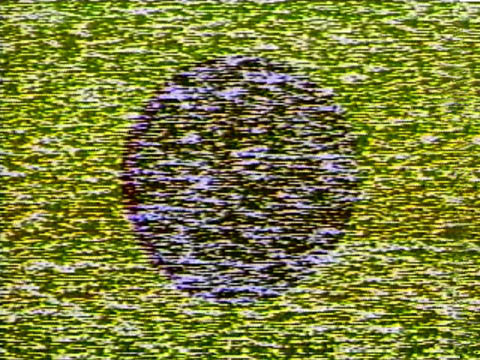 They had both created an art video called noise Noisefields. Noisefields is comparable to Orbital Obsessions because here as well the Video Sequencer is used to switch between two video sources to create similar flickering effects. However, differently from the interplay of self-reflexive visual input that in Orbital Obsessions arises from recording the scene of the location, Noisefields reveals the source of every electronic input. The imagery presented refers to its detecting of electronic signals and does not carry any other information, except that the Colorizer is used for variation. The circular form introduces a simple division into an inner and an outer field of interrelated pulsation, so that on the whole, the "content" of this work is an audiovisual modulation of "video noise." (http://www.fondation-langlois.org/html/e/page.php?NumPage=483)