The most intuitive way to describe a line is by its slope which tells us how steep the line is, whether it is slanted to the right or to the left, or whether the line is a horizontal or a vertical line. A line with a positive slope slants to the right, and the larger the slope, the steeper the line. A line with a negative slope slants to the left and, the larger the slope, the greater the steepness of the line. A horizontal line has no slant and therefore, has a slope of 0. The slope of a vertical line is undefined. (The reason why will be obvious in the next section.) 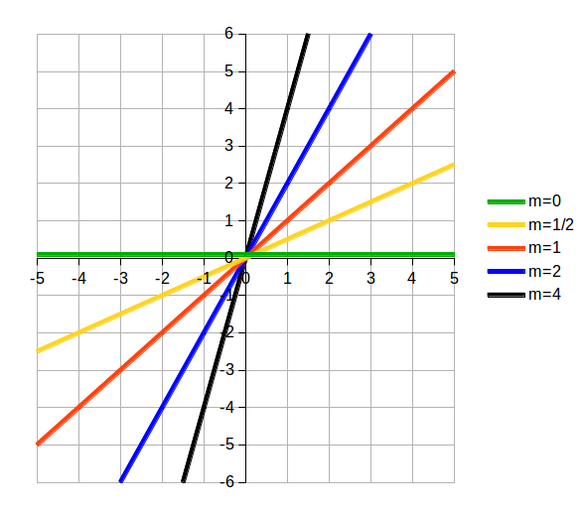 In Graph A at right:

The other lines now have negative slopes and slant downwards from left to right. Each slope is the negative for the same-color line in Graph A.

The values for the slope (m) of each line are shown in the legend on the right.

The slope of a vertical line, as shown in the graph at left, is undefined. 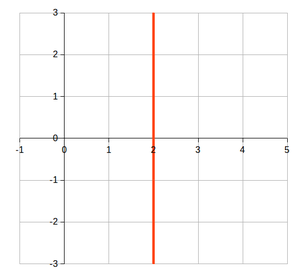