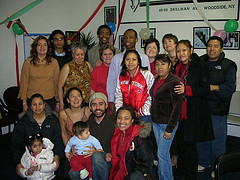 All creeds and races of citizens

Citizenship is the relationship between a person and his or her country, usually the same one he or she lives in, supports, and who owes allegiance to the government of the state and is entitled to certain rights. A person is usually a citizen of the country where he or she is born, but sometimes a person will apply to change his or her citizenship to become a citizen another country. Being a citizen however goes beyond just residing in a country, it also includes some level of nationalism and pride. This is reflected in our interaction and behaviour within our communities and hence with people. Good citizenship also means not making other people’s lives hard, unhappy or dangerous - for example by behaving in an anti-social way. You have rights - but other people have rights too. They are responsible for your peace and safety, and you are responsible for theirs in just the same way.

Essentials of Being a Good Citizen

Obeying the law: Being a good citizen requires a person to obey the laws in your country, community and school. Laws are made to help you and keep you safe. Obeying the law also shows your respect for others. There are certain groups whose jobs were specifically created to keep the country safe and within the law. The police for example are sometimes viewed negatively by many as being oppressive but in the long run they provide an indispensable role in the community. This is inclusive of those talented leaders with the best interest of the country at heart. These groups include:

By understanding the issues these groups face; by supporting and challenging them when appropriate; and by ensuring that these groups attract the most talented individuals and have the resources they need to carry out their functions, we can help them do a better job and make the country a better place to live.

National Pride: Being supportive of national endeavors that the country may pursue can show national pride. This can also be shown by showing respect for the national anthem by standing at attention. Being able to recite proudly our creed and anthem and respecting the flag.

Contributing to the Community: Our country, in reality is composed of a community of communities. A sense of community and of belonging is something most of us need and want - but which many of us are missing.

In today's world where both parents often work, where technology allows us to communicate without leaving the house, where crime has limited our outside activities, where we travel and are a mobile society and where communities are more diverse, a sense of community is not as easy to come by as it used to be. Some of us do not even know who our neighbours are or what they look like. There are a number of activities that we can participate in so that we a can improve our community interaction. They include:

Appreciate your environment: By keeping the environment we live in clean and tidy we express our nationalism and pride about the surroundings that belong to us. The increasing levels of technological development has often blindsided the effects of rapid deterioration on the natural ecology of the earth and hence on human beings. Deforestation and the use of synthetic materials have the ability to leave us in a troubling condition for which it could be difficult to remove ourselves from. Therefore, it is vital that a thorough understanding of the importance of the natural environment be taught to everyone and effect of our actions on it and upon us. Preserving the environment can be accomplished by:

Understanding the government: We are a democracy. A democracy is a form of government that is "of, by and for" the people. Of the People means the government is comprised of regular citizens; by the people means the government is elected by its citizens; and for the people means that the sole purpose of the government is for the benefit of all its citizens. The democratic process describes the manner in which we make that happen. We make the "of the people" part happen by running for public office; we make the "by the people" part happen by doing the things needed to elect our best to public office; and we make the "for the people" part happen by doing those things that keep us educated on important issues, that keep elected officials aware of our points of view, and which enforce our laws. The democratic process is not a methodology, but a lifelong way of thinking and acting. When we invest time, energy and money in something, we tend to care more about that something. So actions that keep us involved in the democratic process help us care about and appreciate our democracy and freedoms. They are the actions most closely associated with citizenship.

We can be a good citizen by:

Family Interaction It is often said which is usually true, that the whole is greater than the sum of the individual pieces. In the case of a country, it is equally correct that the stronger the families and individuals within that country, the stronger the state. This is why building strong family ties is important in building a community. Ultimately the way children behave in the community and around other children is a reflection of the way they were taught by their guardians. There are actions that help individuals to believe in themselves and there are actions that help families enable individual growth.

1. List the people who are most important to you stating the reasons why

In this unit you learned about