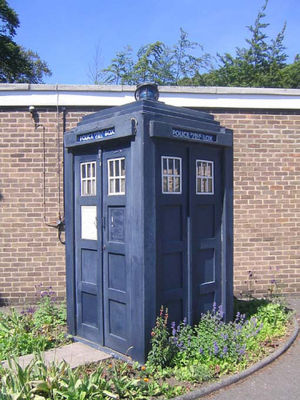 To ensure successful investigations the right legal procedure must be followed. Every law enforcer must be aware of and observe the provisions of the criminal procedure. The purpose is not only to ensure the admissibility of the evidence that will be presented but also to justify his actions. Anybody who professes to be an effective police officer must thus have good knowledge of the Criminal Procedure Code (Act 30/60) or at least familiarize himself/herself with its content. Criminal procedure refers the legal system for determining the guilt or innocence of a person accused of a crime.

Some of the issues in criminal procedure so crucial in learning to become a criminal investigator include Arrest and bail (See section 3 – 15 of Act 30/60), taking of fingerprints and photographs of people in connection with an offence (Section 108 of Act 30/60) proof of previous conviction (See section 117 of Act 30/60) serving a summons and executing a warrant. In Ghana as in many other Democracies, the heart of the system is the presumption of innocence. This means that a defendant is presumed innocent until proven guilty. In all criminal cases it is up to the prosecution to prove the elements of the offence, which make by information to a justice on oath

Strictly, every arrest must be made with a warrant, (this is an authorization issued by a court to bring a person to justice). However the criminal procedure code {Act 30/60 Section (10) and (11)}, allow police officers to arrest suspects of most serious crimes without a warrant. In recent times warrants are confined essentially to cases where an accused has failed to appear in court, or where it is desired to apprehend a person who is in breach of an injunction.

Alarge number of offences are arrestable by the police, without a warrant. These include all offences for which a long prison sentence is available.

b)If an offence is in progress, the arrest may be made on reasonable suspicion that the arrested person is the perpetrator. c)If the offence is however thought to have already taken place, then the private person can only arrest if there was in reality a criminal offence.

3A police officer’s power to arrest without a warrant can be based on the reasonableness of the suspicion.

JUSTIFICATION FOR ARREST WITHOUT WARRANT

This is to say that the possibility of; any intention or desire by the suspect or accused to escape, likely disturbance of the peace either by the suspect or interested parties, and likely continuation of the offence or likely interference with the investigations can be determined or predicted by looking at the gravity of the charge, the weight of evidence and the status of the alleged offender. For example, the likelihood of a minister of state or a bank manager absconding as a result of a charge of common assault is presumably lesser than a “kayayoo” connected with the same offence. Comparatively, irrespective of the status of a person connected with the charge of robbery, rape, murder or treason, the possibility of desire to escape justice if the person gets the opportunity could be very high than in a less severe charge.

The observance of the rights and dignity of the person being arrested {See Article 14 and 15 of the 1992 Constitution of Ghana} must be adhered to.

As a constitutional requirement all manner of person arrested by the police must be treated with respect and dignity both psychologically and physically. , For example once a person is arrested he /she must be informed of the reason for his/her arrest and right to silence as soon as possible: Otherwise what the arrested person says may not be admitted as evidence in court. The suspect is then conveyed to a police station, where a formal charge will be preferred against him or her if an offence is established. Thus, so Long as words spoken or written by a person is intended to be used as evidence against him or her, the investigator or the person keeping custody of the arrestee must always remind the arrestee of his or her constitutional rights before taking down what he or she may say. These include:

An arrest warrant must be endorsed after

\execution as follows: SAMPLE “I (No32241 G/CPL. Stephen. D. Gabada) hereby certify that I have this 24th day of December 2004 executed this warrant on the within named person by arresting him at Nangalitinia cautioned (reply if any).

When a person is arrested outside the jurisdiction of the issuing justice, the District Magistrate in whose jurisdiction the arrest is made should first be contacted to endorse the warrant and cause the removal of the arrested parson to where he committed the offence.

It would however not be necessary to put the arrestee before such Magistrate in whose jurisdiction the arrest is effected under the following circumstances. (Refer to Section 80 & 81 of Act 30/60).

NOTE Neither should the prisoner be molested, be allowed to escape nor the items collected get lost or be destroyed enroute (on the way) to Police Station – sects. 9 of Act 30/60.

Grant him or her bail. On the bail bond the suspect may be instructed to either report the police station at a date and time stated for further investigation or to report at the Court for trial

Bail is a guarantee backed by a promise to pay a sum of money stated on a document called bail bond, for a person originally arrested to be released to reappear at a given time, date and place either to answer an alleged offence or for investigations into an alleged offence and to forfeit (pay) the amount promised if it is disobeyed (fail to appear).

Principles guiding money or any form of guarantee stated on the bail bond include the following;

A person arrested may either be granted Police enquiry bail or Court bail.

Court bail: Section 96 of ACT 30/60 The Court has power to grant bail to any person brought before it whose case is not punishable by death. Police may however with justifiable reasons raise an objection to the granting of bail by the court under some circumstances and if approved by the court a remand warrant should be obtained from the court as an authorization to detain the arrestee until the date stated on the warrant as the next court date.

Any person arrested is entitled to bail within 48 hours as enshrined in the 1992 Constitution of Ghana. Bail can however be refused if granting of bail is likely to cause any of the following five situations. 1.A further breach of the peace 2.The escape of the arrestee (suspect or accused) 3.Destruction to life and property 4.Interfere with or undermine the judicial process or prosecution 5.Endanger the life of the arrestee himself/herself, and witnesses

WHAT ARE THE FACTORS TO CONSIDER BEFORE GRANTING BAIL?

Before grating bail consider the following

In the case of self-recognizance bail, the offender alone signs the bail bond.

'Konkonsa 'Okro mouth 'Talk true 'Abena Msemwura (sister of the deceased) Statements taken from them and measurements as well as photographs of the scene were taken. Prints and blood drops were lifted from the room. The body was removed to the mortuary for preservation and autopsy. The district coroner was informed. The preliminary investigations revealed the following;

During the arrest, the suspect resisted the arrest and was supported by his friends and some family members and gave the police a tough time through verbal non-compliance to the use of lethal force. However you and your team were very tactical and succeeded in the arrest. Some casualties were recorded including a broken arm of a brother of the suspect who was wielding a cutlass

Outline the different levels of resistance that you encountered and how you counteracted to control the situation.