What is food spoilage?

Most natural foods have a limited life. Perishable foods such as fish, meat, milk, bread, tomatoes and potatoes have a short life span. Other foods keep for a considerably longer time but decompose eventually. Once food has been harvested, gathered or slaughtered it begins to deteriorate until eventually it becomes unfit for consumption. This deterio-ration is known as decay and leads to food spoilage.

Now let’s look at the picture below and describe the change that you can see on each food item.

Study the picture below carefully,list and describe the signs of deterioration on each food item. 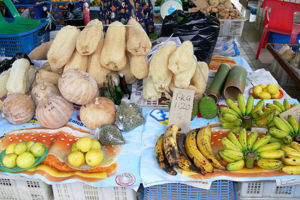 Fig 14.1 Signs of deterioration of food.

These gradual changes that cause deterioration and decay in foods are due to certain organisms and chemicals present in the food and outside the food. Let’s now look at the causes of food spoilage.

This comes about as a result of moisture loss and the action of enzymes.

Moisture loss mostly occurs in fruit and vegetables which contain large amounts of water. Fruits and vegetables continue to respire after harvesting and therefore lose water through their leaves and skin. Such water could be replaced from the soil through the roots when not harvested. The water retains the structures of the cells of the plants and makes them look fresh. After harvesting, there is no way that the lost water can be replaced so the vegetable or fruit shrinks in size, becomes limp and its skin becomes wrinkled and leathery. Moisture loss occurs in other foods like meat, fish, cheese, due to evaporation of water from the surface.

Why don’t you also try and see how moisture loss can affect some food. Collect carrots, oranges, garden eggs, kontomire and pepper and leave them on a plate for ten days. Then, keep observing their appearance for about two weeks.Now describe how each of them finally looks like in the following table.

Let’s now look at another way through which natural decay can bring about food spoilage.

Enzyme action in the food

Food spoilage can also come about through the action of enzymes presents in the food. Enzymes are chemicals which are present in all food. They speed up chemical changes that result in loss of flavour, colour and texture. As enzymes are mainly composed of protein, they are sensitive to heat. They are active in temperatures found in a kitchen on a warm sunny day. They can remain very slightly active at very low temperatures such as those found in the freezer. This is why there is a limit to the time food can be stored in a freezer. The activity of these enzymes stops when they are heated above 70 oC. Heat treatment by blanching (i.e. pouring boiling water on the food) is recommended. Some enzymes remain inactive until the food is harvested or slaughtered. Once activated, such enzymes speed up the process of decay by breaking down the tissues and components of the food in the various ways such as oxidation, browning and ripening.

When Oxidation occurs (i.e. when food comes into contact with oxygen) the enzymes cause the destruction of certain nutrients e.g. vitamin c, thiamine and carotene.

Enzymes again cause browning in certain foods the moment they are exposed to air. When you cut or bruise food such as apple or yam, the exposed surface will discolour and turn brownish due to the activity of enzymes.

Enzymes are involved in the process that causes ripening in certain foods such as fruits and vegetables. Unripe bananas for example contain starch which is gradually converted to sugars, until the banana becomes very sweet, and its skin colour changes from green to yellow. Eventually, the skin colour changes to dark brown and it is no longer fit to be consumed.

The activity of enzymes in food makes it easier for the micro-organisms responsible for food spoilage to enter the food.

The activity of micro-organisms

Do you know of any micro-organisms that contaminates food? Pause!! and think about one. Let’s go on. The main micro-organisms responsible for the contamination of food are bacteria, moulds and yeasts. These micro-organisms are invisible to the naked eye, but can be seen under a microscope. They are capable of multiplying very rapidly in the correct moisture, food and temperature conditions. These conditions must be avoided if the risk of food spoilage is to be reduced. Let’s now look at each of these micro-organisms and how they operate.

Moulds classified as fungi develop a multicellular structure visible to the naked eye. They grow from cells called spores present in the air. They settle and multiply on suitable foods. At this stage, they are visible as a fluffy coloured mass and the food is said to have gone mouldy. Moulds grow most readily in most conditions, at temperatures between 20oC and 40oC. They grow on a variety of foods, particularly meat, cheese, fruit and bread, especially if the food is stored in damp conditions. Moulds may remain active at the low temperatures of a refrigerator but they are destroyed by heat above 70oC. They also like a slightly acid medium and this is why they attack citrus and the surface of jams. Why don’t you try and give examples of food that can be attacked by moulds. Let’s continue.

Food that is contaminated with mould often appears to be safe to eat as only the outer part is affected by mould growth. However, recent research has shown that substances produced by the mould which migrate into the food could be harmful to many organs of the body. It is therefore advisable to discard mouldy food completely, rather than just to remove the mouldy part.

Yeasts are microscopic fungi; they are found in the air and soil, and on the surface of fruit. Some are able to tolerate fairly high acidic, salt and sugar concentrations and can grow without the presence of oxygen. At the mention of yeast what comes into your mind? Bread and doughnut isn’t it? Yes, the activity of yeast is used in the baking and brewing industries to make bread, doughnut and alcoholic beverages through a process called fermentation. However, they can cause food spoilage in syrups, fruits, fruits juices and jam especially as they can survive without air.

Let’s look at how they reproduce. Yeast cells reproduce by budding. At first a small projection appears at the edge of the parent cell and from this cytoplasm and nutrients flow. As the bud grows, the nucleus moves towards it and divides so that a new nucleus enters the bud. When the bud is almost as large as the parent cell, a wall forms separating if from the parent cell, and it then breaks away. When they are reproducing rapidly, the buds do not break away but continue to reproduce until long chains of yeast cells are formed.

Yeast cells grow and reproduce in conditions similar to those required by other fungi. They need oxygen, warmth, food and moisture in order to grow successfully. Yeast grow best at temperatures between 25oC and 30oC. Extreme heat destroys all yeasts and most are destroyed at temperatures above 60oC.

Bacteria are the most widespread of the micro-organisms found in food. They are minute single cells of various shapes. Under ideal conditions, they divide into two every 20 minutes, consequently, millions of them may develop in contaminated food in a short time. They are more dangerous than moulds and yeast because food may be severely infected but not smell, taste or look bad. Many types of bacteria present are harmless but some do cause illness. The bacteria that cause infections in humans are known as pathogens.

As all bacteria thrive in similar conditions, it is important to avoid conditions which favour their growth in order to prevent infection. They are active over a wide range of temperatures. Some like warmth and are active at 75oC. Others like cold conditions and grow at temperatures as low as 5oC. This may cause problems in storage of foods. Some bacteria can form resting bodies called spores to protect them when the conditions are unfavourable for normal growth, for example the wrong degree of acidity or alkalinity, temperature or lack of moisture. Although normal bacteria are destroyed during heat treatment by boiling, some spores survive boiling for hours. They can resume normal activity when conditions become more favourable and contaminate some preserved foods. Bacteria are lalled in an acid medium, and therefore they are not a problem in preserving fruits and making jams. The pasteurization of milk does not destroy all bacteria in milk but does destroy those bacteria likely to cause disease. Freezer temperatures must be low enough to prevent bacteria activity during storage. Although some bacteria die in the freezer, some remain inactive in the food and start to grow again when the food thaus. The removal of moist are by drying or by addition of large quantities of sugar and salt make conditions unsuitable for bacteria, and these methods are therefore use in food preservation. (See unit 15).

After knowing the causes of food spoilage why don’t we look for the reasons for keeping food commodities from spoilage?

Why don’t you try and add a few points to the above reasons. Let’s now find out the effects of food spoilage on different food commodities.

The effects of spoilage on the various food commodities

They go putrified when they are contaminated. This is the situation where protein foods rot, and produce very bad smell.

They go rancid. This is the condition where food containing fats and oils begin to smell and tasted bad when they are old.

Cooked cereals become marshy and slimy when affected by micro-organisms. This condition is known as serenasis. Flour products smell and taste unpleasant when they are spoilt. They are described as being stale.

They rot, ferment and decay.