Welcome to Unit 7 on Malaria in Pregnancy. So far you have learnt how to diagnose and treat simple and severe malaria, how to avoid treatment failure and errors in the management of malaria and also how to refer malaria patients. In this unit we shall learn how to manage malaria in a very important and vulnerable group in our society, that is, pregnant women. You will find the knowledge you have acquired so far in this course very relevant to the lesson of this unit.

Malaria is the number one cause of miscarriages among pregnant women and poses great danger to the mother and her unborn baby. The same type of parasites that cause Malaria infection in the rest of the population cause Malaria in pregnancy. Malaria is not sexually transmitted or caused by the unborn baby.

In addition to causing severe disease to the mother, malaria attacks the placenta thereby causing nutrition and growth defects and other negative effects to the unborn baby. This is often fatal if not attended to in time.

Severe Malaria in pregnancy is a medical emergency requiring referral to hospital where intensive care can be offered.

One of the reasons why we have dedicated a whole unit to the discussion of malaria in pregnancy is because it can easily be diagnosed, treated and prevented. 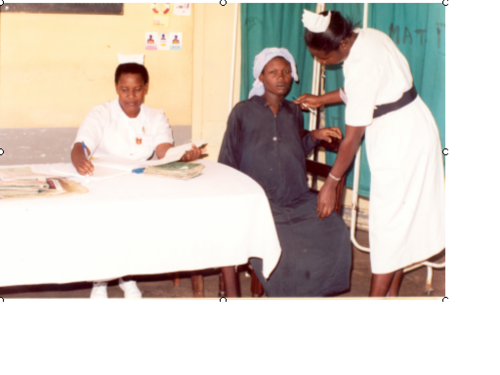 Effects of Malaria in Pregnancy

Malaria in pregnancy can cause a wide range of effects. These range from health effects to the pregnant mother during and after pregnancy as well as to the unborn and newborn baby. Socio-economically the family is also affected.

Before you read on do Activity 1, it should take you 5 minutes to complete.

Confirm your answer as you read the following discussion.

The following are some of the effects of Malaria:

• To the mother severe malaria may present with:

All the above are a risk factor during delivery.

Management of Simple Malaria in Pregnancy

A pregnant mother can have Malaria parasites and NOT show any signs of the illness. However, simple Malaria in pregnancy present with fever which may be mild and may sometimes be accompanied by any of the following signs and symptoms:

Simple Malaria is said to occur when all the above signs and symptoms or some of them occur. Such a patient is fully conscious and in control of all her senses and mental faculties. She is able to walk, sit, and talk. The blood film shows Malaria parasites.

Before you read on do Activity 2, it should take you 5 minutes to complete.

Confirm your answers as you read the following discussion.}}

The treatment guidelines for Malaria in pregnancy recommend that many patients who are diagnosed with simple Malaria during pregnancy should first be treated with a combination of Fansidar (SP) in the following dose: Oral Fansidar (SP) (3 Tablets)–single dose

In addition, the patient should be:

You should then give the patient the following piece of advice/information.

Here are some factors you should consider when giving oral drugs in pregnancy.

If vomiting occurs within 30 minutes of taking the tablets, the patient should repeat the dose of Fansidar (SP) because she may have vomited the drug before it was absorbed.

This is important. Use tepid sponging, fanning or paracetamol to achieve temperature control.

Do not prescribe other sulpha drugs and folate with Fansidar (SP) together.

If follow up at health centre is difficult, inform community health worker to visit the patient at home to check on her and give additional advice.

If the patient does not improve within 24 - 48 hours of beginning treatment, or if the symptoms and signs return within a few days, you should refer the patient appropriately.

Management of Severe and Complicated Malaria in Pregnancy

We hope you have noted that Malaria in pregnancy is a high priority medical problem. However, not every pregnant woman with Malaria should be referred to hospital. You should refer a pregnant mother to hospital only if she meets any of the following conditions:

At the referral facility, the woman will receive treatment with the second line drugs. The 2nd line drug of choice is Quinine, which is given orally, intramuscularly, or intravenously.

The dose is 10mg/kg body weight every 8 hours for 7 days or for 3 days then a single dose of SP (Fansidar) given on the 4th day.

If the patient is in the 1st trimester or is beyond 36 weeks of pregnancy, avoid SP (Fansidar) and continue with Quinine.

Please note once again that severe complicated Malaria is a medical emergency. It should only be managed by experienced health care workers in a well-equipped clinic or hospital.

If you work in a health centre or dispensary, your role in the management of severe and complicated malaria should be to:

Give pre-referral treatment as follows:

Once the patient gets to the referral hospital, in addition to antimalarial drug therapy, health care workers there will detect and manage other complications of severe malaria, such as:

This is a new and effective treatment policy that has been introduced in the health care of pregnant mothers using Fansidar (SP) to treat Malaria.

Before you read on do Activity 3, it should take you 3 minutes to complete.

Intermittent presumptive treatment (IPT) of Malaria during pregnancy is based on the assumption that every pregnant woman living in an area with high Malaria transmission has Malaria parasites. The parasites live in her blood or placenta, whether or not she has symptoms and signs of Malaria.

Therefore, the Ministry of Health recommends that ALL pregnant mothers should be treated with at least two doses of Fansidar (SP) during the second trimester (16-28 weeks) and third trimester (28-36 weeks) of pregnancy.

As we already mentioned, ALL pregnant women should get IPT. However priority should be given to those with the following:

How is IPT administered?

IPT is administered according to the following schedule.

During antenatal care clinic (ANC), you should supervise mothers swallowing the SP (Fansidar) through the Directly Observed Treatment (DOT) method.

If this is the first time you have learnt about IPT, we hope that you have understood the concept well and that you can apply it effectively. Next, let us look at how you can use information, education and communication massages to provide health education to pregnant mothers.

All pregnant mothers should be educated and counselled about Malaria during their routine visits to the antenatal clinic or when they come to your health facility suffering from Malaria.

Before you read on, do Activity 4, it should take you 5 minutes to complete.

I hope in your answer you indicated that you would give them the following messages:

Well, we hope you are now knowledgeable about the IEC messages to give to pregnant womenz. Before we wind up this unit, let us see how malaria can be prevented and controlled during pregnancy.

Prevention and Control of Malaria during Pregnancy

There are many reasons why a pregnant woman would want to protect herself and her baby from malaria. By so doing she is able to live a healthy life, to carry her pregnancy to term and to give birth to a healthy baby. It is therefore very important that we explain to her how she can prevent and control this disease..

Before you read on, do Activity 5, it should take you 5 minutes to complete.

In this country and indeed most African countries, the control and prevention of Malaria is based on the following four (4) elements. These are:

You have now come to the end of this unit. In this unit we discussed Malaria in pregnancy. We saw that malaria can cause miscarriages (abortions) in Africa and it affects the mother and her unborn baby. It is actually more dangerous in pregnant women than in non-pregnant females or adult males. We also looked at the treatment of simple and severe malaria in pregnancy, the concept of IPT, and how malaria can be prevented. Prevention of malaria in pregnancy involves preventing mosquito bites through the use of ITN, as well as use of Fansidar (SP) for chemoprophylaxis as part of Intermittent Presumptive Treatment. Remember to give all pregnant mothers IEC messages on malaria so that they can be well informed.

Well, its now time again for you to review the learning objectives we outlined at the beginning of this unit. Go through them and see if you have achieved them. If there is any objective you are not sure about, read the relevant section in this unit again. If you feel confident that you have achieved all of them, complete the attached assignment and send it to us. Do not forget to do the practical exercises given below.}

Enjoy the rest of the course!