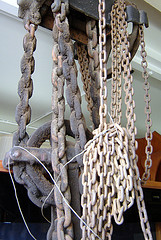 “NO FREEMAN SHALL BE TAKEN, IMPRISONED, OUTLAWED, EXILED OR IN ANY WAY DESTROYED, NOR WILL WE PROCEED AGAINST OR PROSECUTE HIM, EXCEPT BY THE LAWFUL JUDGEMENT OF HIS EQUALS AND BY THE LAW OF THE LAND” (MAGNA CARTA 1215)

WHAT THEN DO WE MEAN BY “HUMAN RIGHTS”?

Human Rights are universal legal guarantees protecting individuals and groups against actions by governments which interfere with fundamental freedoms and human dignity.

-The right to life

PRESUMPTION OF INNOCENCE Everyone charged with criminal offence shall have the right to be presumed innocent until proved guilty according to law.

To be tried without undue delay

To examine, or have examined, the witnesses against him or her

To be free from compulsion to testify against self, or to confess guilty DEFINITION OF TORTURE TORTURE Torture is never justified under any circumstances, and no public official has any defense available to him or her for committing a crime. No exceptional circumstances whatsoever, whether a state of war or threat of war, internal political instability or any other public emergency, may be invoked as a justification of torture. An order from a superior officer or a public authority may not be invoked as a justification of torture. ARREST International Covenant on Civil and Political Rights (ICCPR)

not based on legal grounds not respecting legal procedures not reasonable/appropriate in the circumstances discriminatory without fair, solid and substantial cause THE ARRESTING Ethiopia POLICE OFFICER SHOULD TELL THE ARRESTED PERSON OF THEIR RIGHTS: The reason for arrest The right to remain silent and make no statement The right, of the suspect, to inform family or employer of the detention The right to contact a lawyer before any statements to the arresting authority DETENTION International Covenant on Civil and Political Rights (ICCPR) Standard Minimum Rules for the Treatment of Prisoners (SMR) Body of Principles for the Protection of All Persons under any Form of Detention or Imprisonment (BoP) Definitions DETAINEE

Person deprived of personal liberty as a result of conviction for an offence (convicted) PRE-TRIAL DETENTION SHOULD BE EXCEPTION, RATHER THAN THE RULE “It shall not be the general rule that persons awaiting trial shall be detained in custody, but release may be subject to guarantees to appear for trial, at any stage of the judicial proceedings, and, should occasion arise, for execution of the judgement.” (ICCPR) CLASSIFICATION AND SEGREGATION UNCONVICTED 1.women 2.juveniles 3.ordinary population 4.convicted 5.men 6.adults 7.dangerous 8.detainees 9.juvenile offenders

Now is the time to reflect on these matters and go foreword as a leader in your area of responsibility. 