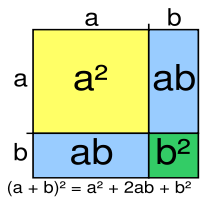 Surds, indices and logarithms are closely related. They are, most of the time, studied together. So the exposure to indices and logarithms in previous lessons will help you to understand the use of surds. Numbers whose square roots cannot be determined in terms of rational numbers e.g,.√2,√3,√5 etc.are called surds. Such numbers occur frequently in Trigonometry when calculating the ratio of angles; e.g, Cos 30=√3/2, tan 60=√3,tan30=1/√3; and in coordinate geometry in the calculation of distances. You will therefore find it useful to have a sound knowledge of surds.

You should be able to recall from your previous knowledge of numbers that a number that is "square" is one that can be expressed as the square of some other rational number. For example

But not all numbers are rational numbers,that is they do not have exact square roots. Examples are

Such numbers are known as irrational numbers.

Although approximate square roots of such (i.e, irrational) numbers can be found from tables of square roots, it is usually simpler to work with SURDS themselves. Note also that at this level whenever you deal with square roots, only positive square roots are considered.

Any surd which contains a square number as a factor within the radical (i.e, the square root sign) is not in the basic form. For example

Addition and Subtraction of Similar Surds

Multiplication and Division of Surds

When a surd is multiplied by its conjugate, their product is no more a surd. For example, Multiply (a+√b) by its conjugate (a-√b) to get (a+√b)(a-√b)=a2-a√b+a√b-√b√b=a2-√b√b=a2-b2 You have seen that the result is not a surd. Now, the rule is: To rationalize a radical denominator of a surd, multiply both numerator and denominator of the surd by the conjugate of the denominator.