The concept of "governance" is not new. It is as old as human civilization. Simply put "governance" means: the process of decision-making and the process by which decisions are implemented (or not implemented). Governance can be used in several contexts such as corporate governance, international governance, national governance and local governance. Since governance is the process of decision-making and the process by which decisions are implemented, an analysis of governance focuses on the formal and informal actors involved in decision-making and implementing the decisions made and the formal and informal structures that have been set in place to arrive at and implement the decision. Government is one of the actors in governance. Other actors involved in governance vary depending on the level of government that is under discussion. In rural areas, for example, other actors may include influential land lords, associations of peasant farmers, cooperatives, NGOs, research institutes, religious leaders, finance institutions political parties, the military etc. The situation in urban areas is much more complex. Figure 1 provides the interconnections between actors involved in urban governance. At the national level, in addition to the above actors, media, lobbyists, international donors, multi-national corporations, etc. may play a role in decision-making or in influencing the decision-making process. All actors other than government and the military are grouped together as part of the "civil society." In some countries in addition to the civil society, organized crime syndicates also influence decision-making, particularly in urban areas and at the national level. Similarly formal government structures are one means by which decisions are arrived at and implemented. At the national level, informal decision-making structures, such as "kitchen cabinets" or informal advisors may exist. In urban areas, organized crime syndicates such as the "land Mafia" may influence decision-making. In some rural areas locally powerful families may make or influence decision-making. Such, informal decision-making is often the result of corrupt practices or leads to corrupt practices. 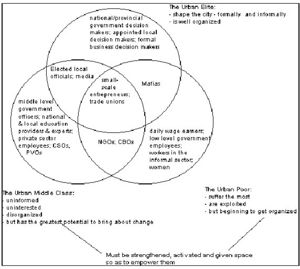 Good governance has 8 major characteristics. It is participatory, consensus oriented, accountable, transparent, responsive, effective and efficient, equitable and inclusive and follows the rule of law. It assures that corruption is minimized, the views of minorities are taken into account and that the voices of the most vulnerable in society are heard in decision-making. It is also responsive to the present and future needs of society. 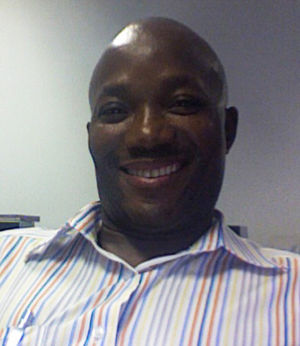 Corruption is a big obstacle in the way of good governance in Bangladesh. Corruption has become so rampant that Bangladesh currently belongs to the world's leading corrupt nation's. It promotes the interest of a few ovel many rampant corruption slow down the investment and growth. It prevented a fair distribution of national wealth and broadened the gap between rich and poor. Which is most dangerous is that it is mainly responsible for the breakdown of law and order in the country.

Bureaucracy is inevitable in any society or state, an inseparable part of an organized society.16 But the bureaucracy of Bangladesh is not efficient in management and administration. The capacity of policy implementation of our bureaucracy is very poor. Bureaucrats are not accountable and transparent to the people. Lack of bureaucratic accountability can be attributed inter-alia to bureaucratic corruption. But there is no effective mechanism to make them accountable and transparent.

In our country administration is always to work and the influence of party in power. So, here nepotism is widespread and administration is always unfair. The administration can not take any free and fair decision. Sometimes, political influence breech factionalism in the administration which in turn result in demoralization, utter negligence of work and often serious tension among the bureaucrats. Ministers, especially those with greater political strength and influence and initiative, tended to stress their overall supervisory role to dominate and direct those in administration who versed under them, from secretaries downwards. In such situations the ministers virtually inclined to act as executive heads of their ministries, though they did not have to take the responsibilities either of the executive head or the principal accounting officer responsibilities which still technically and substantially remained with the secretaries.

Nepotism is another curse of our politics and administration. The rules in our country pursue nepotism. They give privilege and under advantage to their family members, kiths and kins on public resources. So the mass people remain after regime.

Improper and non-observance of the rule of law

In true and real sense the application of rule of law in Bangladesh follows a course of selective and discretionary application.18 It is said that laws are there but there are applied only in favor of privilege people or class. As a result justices suffer and denied to the common people. And this environment affect out right the basic rights of the poor and the social place elides although that is an important aspect of good governance.

Improper use of resources

The fund flow in Bangladesh is not smooth the local government, especially the union parishad. Beside, this fund is not utilized properly and very often diverted to other purposes. So, the ordinary people can not get efforts, if any, of ensuring good governance.