The Open Polytechnic of NZ, Moodle

In 2003 the Open Polytechnic of New Zealand was faced with the necessity to change learning management environments. It was supporting a majority of its distance education students on an in-house system that was unable to scale to the 35,000 Open Poly learners that were now being supported through hybrid courses. In addition, the Open Minds Online program, which was the Open Polytechnic’s asynchronous online division, was ending its relationship with NextEd, an Australian hosting and service provider, that used BlackBoard as its LMS. We wanted to provide a single learning platform for all of our learners and faulty, and wanted to benefit from what we perceived as significant benefits associated with open source software. 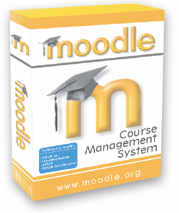 Being a small island nation, it made sense to seek out participation in an internationally supported project. After significant consultation within NZ and conducting an institutional requirements gathering exercise and product evaluation, we selected and lead a NZ-based consortium of 8 tertiary providers who selected Moodle.

It is important to note that the consortium was aligned with the ministry of education’s goal to deploy a virtual learning environment that could be shared across the higher education sector of New Zealand to reduce cost and increase access and participation in online learning. Being able to contribute to an OSS project and release improvements back to the community was a priority for NZ. The goal was to find an open source community that was stable and wanted them involved - Moodle fit the needs and goals.

The overall project and approach associated with OSS aligned with the Ministry of Education’s goals to enhance access, reduce physical plant investment, and decrease unnecessary costs from redundant licensing, allowing more elearning to take place. In addition, the local consortium met a high level goal to create incentives for inter-institutional collaboration within NZ.

The project also aligned with the Open Polytechnic who was leading the project:

Other partners were 7 other polytechnics and 1 university. They were trying to achieve the same goals. Some also needed the support and financing of being a member of the consortium.

Adoption of a robust international Open Source Software product provides opportunity for participation in a larger community. Moodle, for example has the “lounge”, I which you interact with others from around the world who use, contribute to, and develop Moodle capacity, asking and responding to questions that range from quite technical, to entirely pedagogical. Through their and other forums, one can tap into more experience than could possible exist locally. Some of the direct benefits for the Open Polytechnic included:

There are a number of factors that we believe will help this project along:

This type of project is reasonably high risk. We were working with government dollars, had deliverables, and were leveraging the political capital across a number of tertiary education providers that normally did not play well together. Because none of us had very much experience with contributing to an OSS project, we sourced much of the skill, and managed the consortium:

The risks in this project were project sustainability and we shield our risk by participating in the OSS community.