"May you be one for whom Mother is God; and also Father, Acharya, Atithi." _ Upanishat.

Deva in Sanskrit has many meanings and in the present context one of the meanings is a shining model. The child looks up to the parents for approval and appreciation, for recognition and ratification etc. Acharya, the teacher in the Vedic sense, who is second parents to the child facilitates its further inner growth. Atithi is a gentle guest who visits a home without prior notice or invitation. Even such a person creates impact in the child. Hence, the Sage communicates this Vedic message on the occasion of Convocation after the completion of Rishi-Kula life of learning.

Spirituality flourishes on the river banks for many reasons. Many are the ancient centres of learning which are established on the banks of the sacred rivers of my great nation. Here is an example below. Shree Dakshinamnaya Sharada Peethom of Shringeri is on the banks of river Tunga-Bhadra, in Karnataka. I was an inmate of this great centre of learning for two years.

Our body is considered greatest of all temples for it is a living and moving temple enlivened by the Divine Parents who are called Shiva-Shakti, of all things and beings of all times. The Sun-Moon image at the top depicts the Divine Parents.

The aspiration and the response. 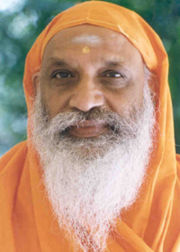 One who is blessed with an Acharya Knows the Truth of the Vedas for certain. This is Pujya Swami Dayananda, the Acharya of Arsha Vidya Gurukulam at whose Lotus Feet an Acharya was born in me. 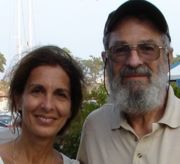 What is Project Mind Foundation? Find the answer at :[[1]]