The outbreak of war

From WikiEducator
< History‎ | The Origins of World War II
Jump to: navigation, search 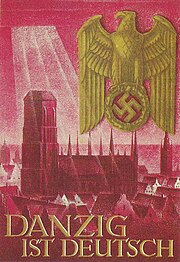 The invasion of Poland

Damage to London from Nazi bombing.

The attack on Pearl Harbor

Japan's attack on Pearl Harbor was designed in part to inflict as much damage on the United States as they could, in order to prevent the USA from becoming much of a force in WWII.