The hard disk is the component that stores data and programs even after the computer has been switched off. It consists of a number of rotating platters which are covered with a magnetic film. Information is stored using the magnetic properties of the film. The platters rotate from between 5000 and 8000 rpm or faster.

Heads are attached to the end of arms that are able to move backwards and forwards across the surface. These heads move very close to the surface, typically only a speck of smoke could fit between the head and the surface.

Because a hard drive is both mechanical and electronic in construction, it is called an electro-mechanical device. 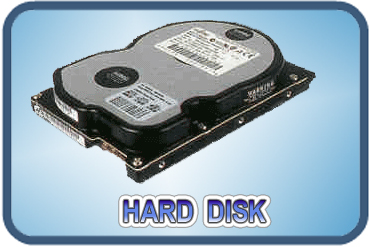