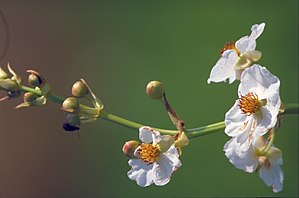 Katniss is a strong willed individual and has a determination to survive. This is shown during the Hunger Games when she fights the other contenders. Because of her hunting skills from her expeditions out of the gates of district 9 she has an advantage over her rivals. She is able to use her archery and natural hunting skills to her advantage. This is shown when she uses her archery to blow up the detonators around the Career tributes camp. By doing this the careers had no food or equipment to help them survive, but it was also at the loss of her hearing in one ear. Katniss is able to make decisions based on the risk factor and outcome. She took risks weighing the pro's and con's. If the outcome was not worth the risk she chose a different plan of action. This was shown at the start of the games when she saw the bow and arrows under the cornucopia. She realized that if she tried to get the weapon she preferred there was a high chance of her getting killed. This was a good example of her weighing the pro's and con's of the situation. Her life was valued more then a quiver of arrows.

Another aspect of Katniss' character is her protectiveness of her family. From a young age Katniss is forced to be the adult figure in her family, breaking the law to feed her mother and younger sister. A good example of her protectiveness is when she takes Prim's place in the Hunger Games. Katniss knew because of her sisters age and size, her chances of survival were practically zero.